The year 2011 was one hell of a year for me in many ways. Some were triumphant, others heartbreaking.

I set off the year with the Goofy Challenge. Saturday’s Half-Marathon portion was ran with my mother who chose to celebrate being 20 years cancer free. I had been coaching her for the 3 months prior to the race and we finished together in 3:01:25! My mother had seized the day. As for Sunday’s Marathon, well, I wanted to seize that day. I ran with all of my heart and finally broke 3 hours, finishing in 2:58:16. It was and is to date the only marathon I have actually screamed with joy as I crossed the finish. 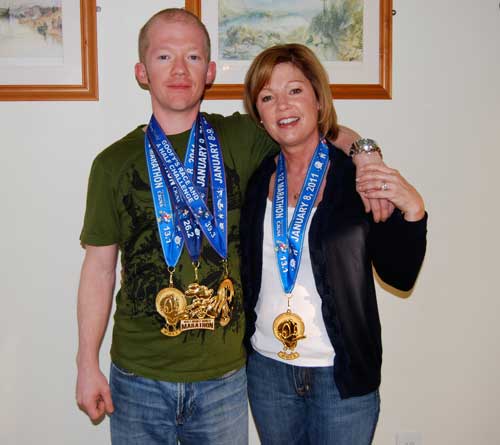 In February I met (through the Runner Army) my girlfriend Abbe and we have been connected at the hip ever since!

I made a very big athletic decision in March. My training schedule has always been unorthodox and random, and I wanted to get my butt in gear for Ironman Arizona. I needed guidance. That’s when Sonja agreed to coach me for the season! (she is still my coach for 2012) Hiring her to essentially kick my ass every day was one of the best decisions, evidenced by my performance in Arizona.

The New York City Half Marathon was a bit of a wash for me this year. I ran it with food poisoning (I barfed my brains out an hour before the race) so I guess my race nutrition was sub-par. I ran a 1:27 and was so happy when it was over. 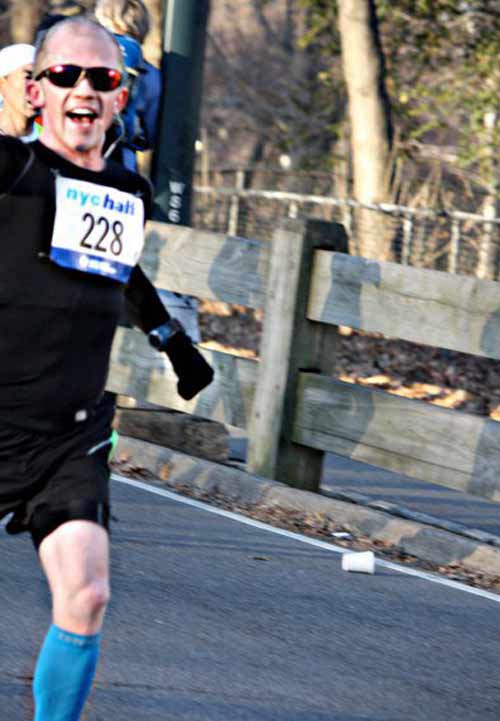 In April my Mom and Step-father visited and so since my Mom was now a runner, I had the Bridges Crew set up a Bridges Run for us! My Mom was thrilled to meet all of my Runner Army pals and could finally put a name to a face since she sees everyone comment on the blog.

May set off with the NJ Half Marathon, (1:23) and the Healthy Kidney 10K (37:02). This month was also going to be the Reach the Beach Relay and I was on a team with 10-20 of my friends (the Runner Army). The morning I was to leave for the race I got a distressed call from my Step-mom. She told me my Dad (who was diagnosed with Lymphoma 2 years prior) had gotten sick and I needed to get home as soon as I could. Based on the tone of her voice I knew this would be the last time I would see my father alive. I watched him go from pretty bad, to really bad to being on life support in 4 of the most traumatic and heart wrenching days I have ever lived through. The whole story is here for those interested.

Back in New York City, I had the Great Hudson River Challenge to finish off May. The Runner Army (you know who you are) decided that they would all surprise me at the end of the race to help support me. It was quite amazing of them. Thanks guys.

My training had been escalating dramatically up until my father’s death. I pretty much dropped it almost completely in June. We did, however, organize the first ever Run for Bruce, a 5 mile run down to PJ Clarke’s. The turnout was amazing and even though it wasn’t a race per se, my youngest brother Jeff won.

I also got talked into the Alcatraz Sharkfest Swim from my buddy Todd. A 1.6 Mile swim from Alcatraz to the mainland, sure why not. Looking back on the mayhem, it was very awesome. It was also very challenging because there were no sighting buoys.

In July I started picking up with training again and getting out of my funk. I ran a couple 4 Milers in the Park and a 10K.

August was the annual Fire Island 5K. I came in 2nd Place overall again this year with a 17:52.

In September I finally was able to apply AND get into the Boston Marathon! One of my big dreams (before I heard about Kona that is).

Rev 3 South Carolina was in October. Jim, Ed and I road tripped down there for the race and had one hell of a time. I raced the Half Iron distance in 5:12 and felt ready for Ironman Arizona. 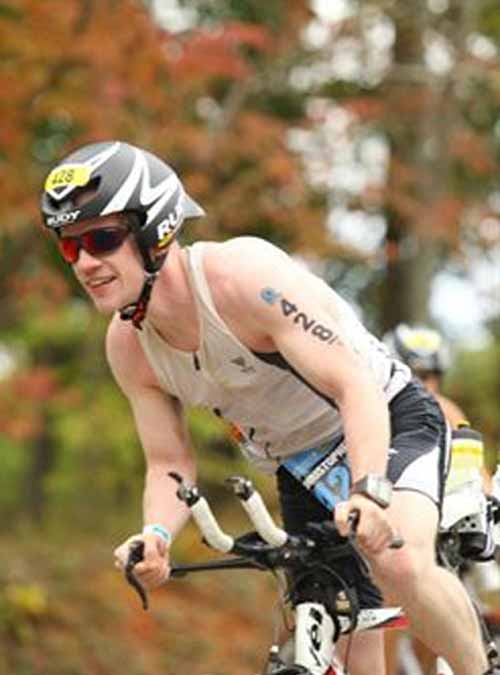 I had a lil race called the New York City Marathon to conquer! This was my 3rd time, and far from my last, racing it. Home turf, all my running pals, and the epic crowds of NYC cheering you on… it’s a day one never forgets. I had a course PR of 3:00:48 (because I stopped to pee again) and didn’t break 3,  but was still very excited to make that time. As usual we celebrated hard after, but not too hard as Ironman was in 2 weeks.

My whole year was a build up to Ironman Arizona. It was also a mystery. I had never raced this distance, what would happen? I’ll tell you what happened, I made some memories that have yet to fade. I finished in 11:13 and was completely satisfied. 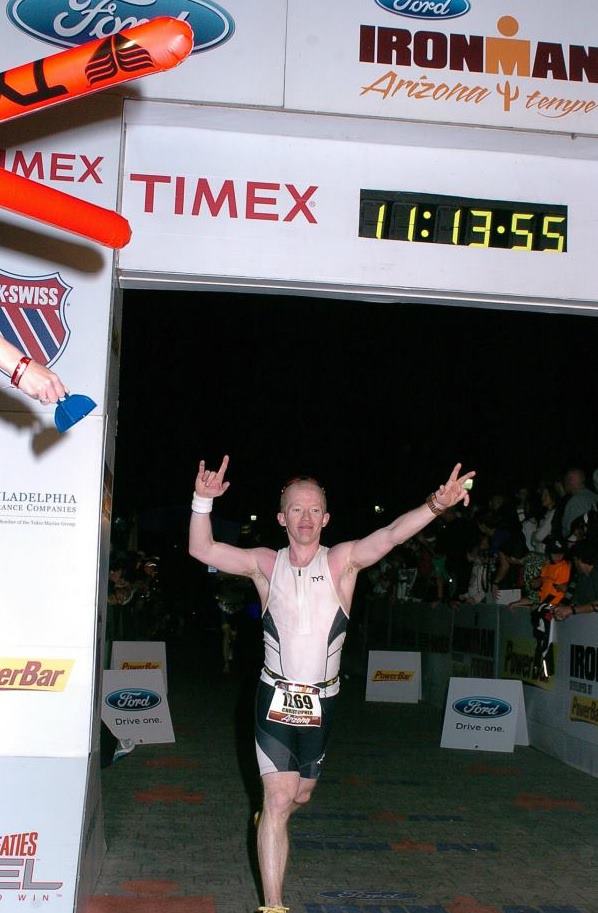 That pretty much capped off my year, except for one last item. I signed my first ever sponsorship contract with Kompetitve Edge! I don’t think I have ever had more of a smile on my face than when I left work after hearing the news.

So yeah, 2011 had it’s roller coaster moments, but it ended on quite a high note. I always like to use the phrase ‘There are only possibilities.’ In 2008 I ran the NYC Marathon pretty much on a dare. Whenever I am reflecting, I always wonder what I would be doing with myself had I not started running?