Isn’t life funny? We get so wrapped up at times in what ‘we cant do’ or what we ‘don’t have.’

I sit here writing this on the eve of the Rev3 Half Ironman in South Carolina, with Ironman Arizona a month after feeling down on myself because I can’t seem to get my swim speeds up to a competitive level.

A few years back I was leaving work headed home, very wrapped up mentally in some financial trouble I had gotten myself into. I felt like I was going to either have a brain aneurysm or start crying or both. My mind was racked with how I would deal with this situation and that’s all I could think of.

As I stood in my sardine packed subway car heading uptown to my warm apartment in my suit, listening to my iPod, a strange noise was making itself known at the other end of the subway car. Slowly, ‘Clang! Scrape. Clang! Scrape.’ as it got closer, everyone looking at each other as if we were in some horror movie and didn’t know what strange thing was approaching.

You could see people start to clear a path as the ‘Clang! Scrape. Clang! Scrape’ got near to the center of the car. Everyone was looking down at the floor.

As the people parted, and my eyes were able to fixate on what was headed towards us my heart sank. It was the torso of a man, a paraplegic, moving along by swinging his lower body while his arms supported him. He was blind, and in front of him he pushed a big tin pail collecting money. The subway car was so eerily quiet I could have heard a pin drop. The only sound was of coins and bills going into his tin to help.

Sometimes life isn’t funny. Sometimes we don’t realize that no matter how significant we think our problems are, someone else out there has much bigger problems.

Sometimes it’s easy to focus on your own weakness, even when that weakness may be so insignificant in the grand scheme of life.

Most of my friends these days are athletes, impressive athletes no matter what caliber, with a drive, focus and intense determination. I say good luck to all of you in these Fall races you have chosen to compete in. Race hard. Feel that burning sense of being alive, and race for others that aren’t able to. 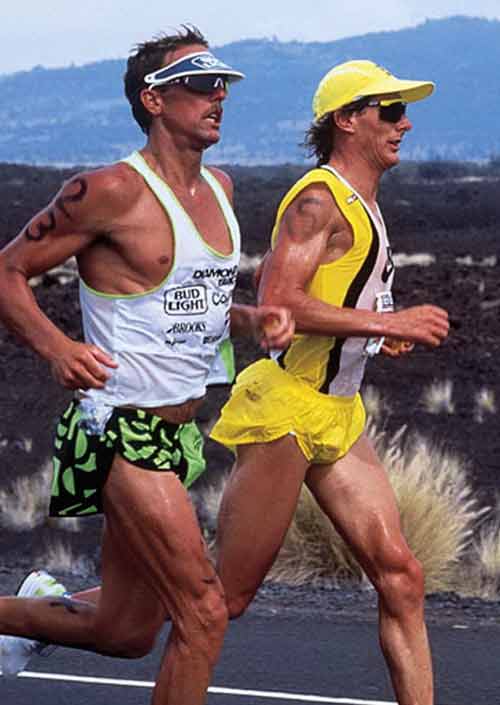