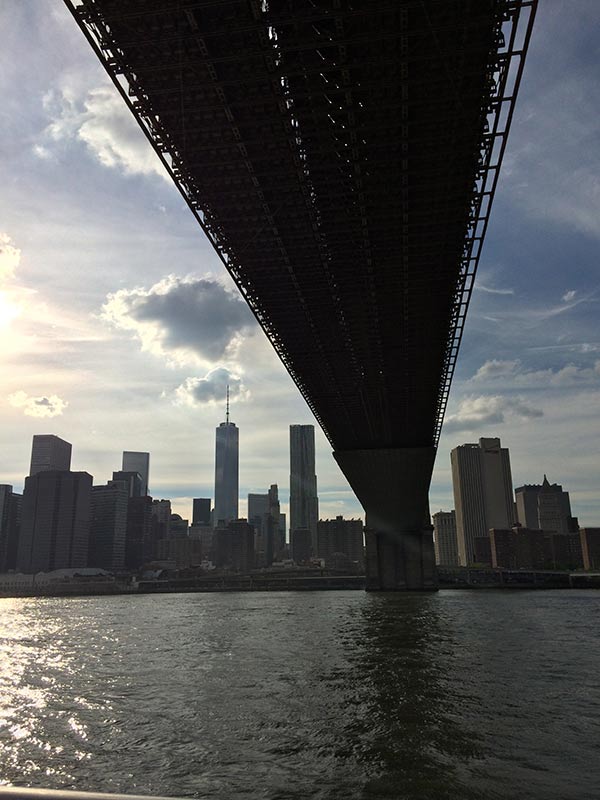 Last night was the perfect evening to take the water taxi. We took it from Midtown over to Brooklyn to the ‘A Love Shared’ fundraiser for ALS awareness. A few of Chef Gerry Hayden’s (owner and executive chef of North Fork Table & Inn – Southold, NY) culinary buddies were gathering to support him and his fight with ALS. 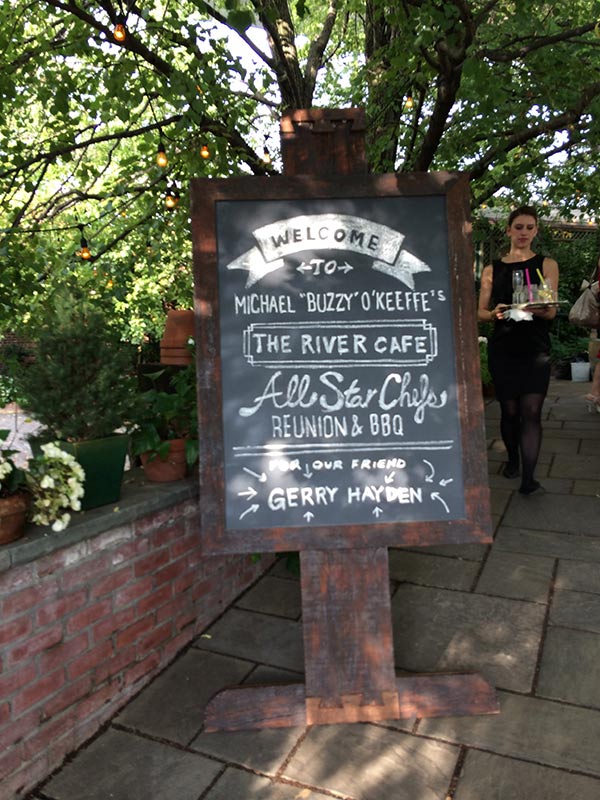 ALS is a serious disease. In my ‘triathlete’ world it took down a true Ironman, Jon ‘Blazeman’ Blais. Please donate to help find a cure here.

We arrived just after the doors had opened and it was already jumping! We walked the garden sampling various ‘BBQ themed’ foods made by some of my favorite chefs.

Bryan Voltaggio was serving up this amazing grilled quail.

Next, I sampled some BBQ Pork Belly, which I thought was going to be the winner of the evening. (There was no official contest, I was just ranking the entrees.) 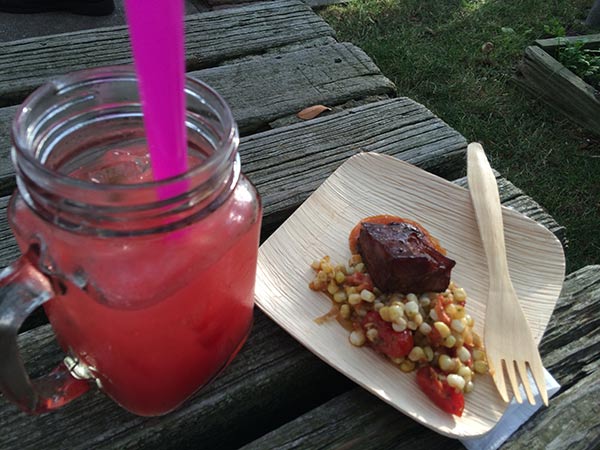 Did I mention the signature watermelon mojitos? They were amazing. 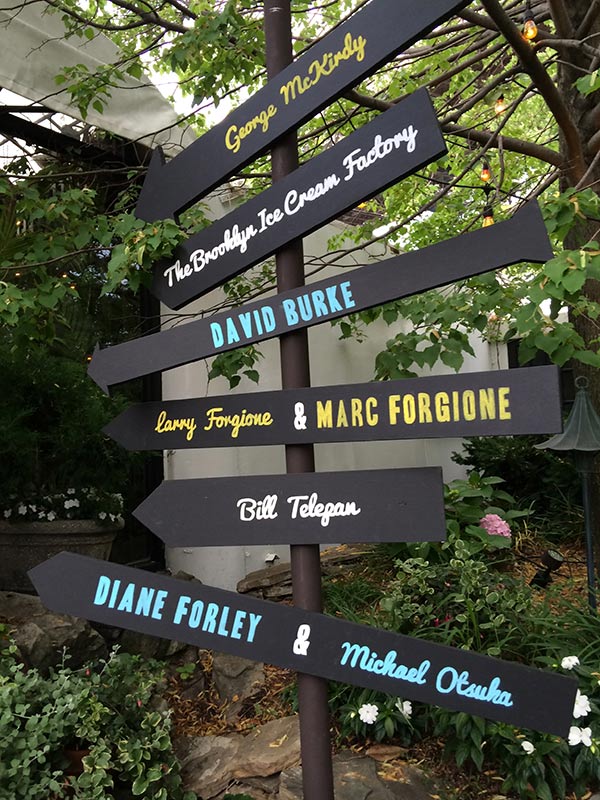 After spending some time in the garden we decided to investigate the less crowded garden terrace. Of course as soon as we walk in we see our friend Will waving at us! He was helping out chef David Burke. We walked over and said hi to both of them, then sampled some of David’s Smoked Salmon Pastrami, delicious of course. 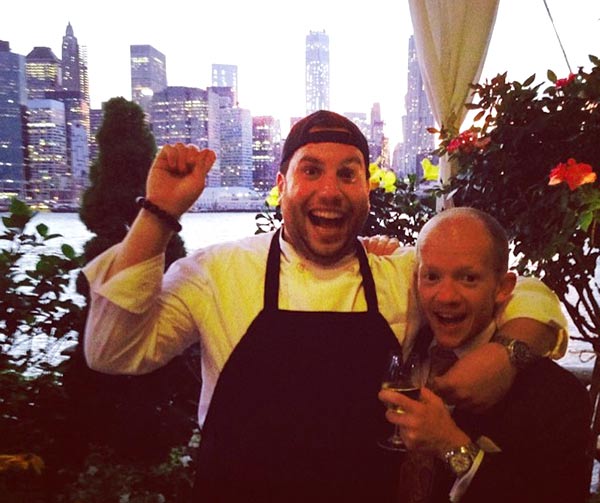 I honestly don’t know how any of these chefs remember anyone’s names! So many people come around introducing themselves.

While there I went over and chatted with Chef Marc Forgione and tried some of his BBQ Beef Shortribs. I would go back later  to get more, quietly telling him that he had the number 1 dish of the night. Seriously, it was superb.

Hurricane Sandy took it’s toll on both The River Cafe and The Water Club. Owner Buzzy O’Keefe put a lot of hard work into restoring them back to their glory. Abbe and I were curious as to what the rest of the place looked like after the restoration. Just then Executive Chef Brad Steelman walks by and our friend Bev grabs him (they know each other) and asked if we could have a tour. “Of course!” replied Brad.

The main dining room had a man playing tunes on a baby grand as people dined away to not only amazing food, but an stunning view of mighty Manhattan.

Thank you Brad, we will be back!

Feeling full and happy, we made our way to the cab line out front. While there we ran into Bryan Voltaggio (also attempting to get a cab). I suggested he use a car service based on the lack of cabs. He then told me we should come to the after party at Charlie’s place.

Off we went to Charlie Palmer’s new spot on 3rd Avenue and 54th Street in the Lipstick Building. What a fantastic job he has done with the space. It has a ‘rustic’ meets ‘modern’ architectural vibe. Who shows up after awhile? Our friend Will (along with a lot of the other chefs.)

It was a great night and an honor being surrounded by some of the most creative chefs in the industry. 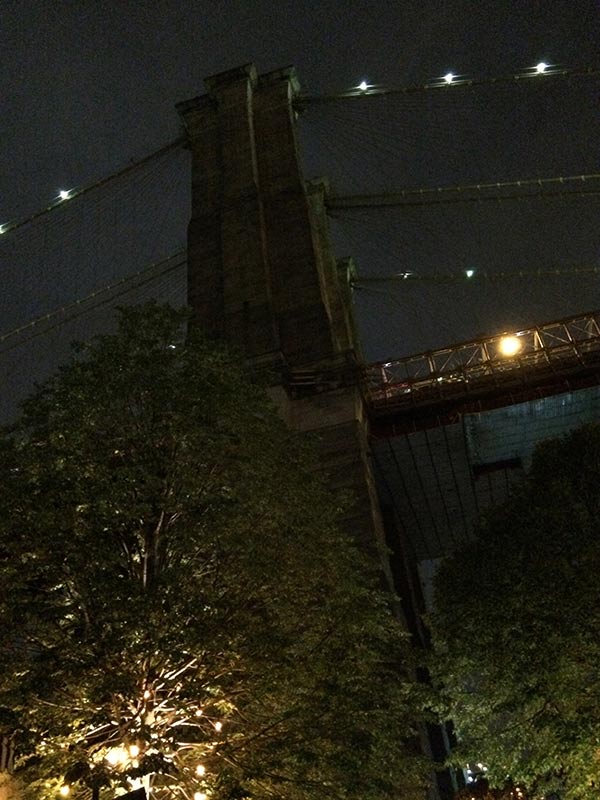