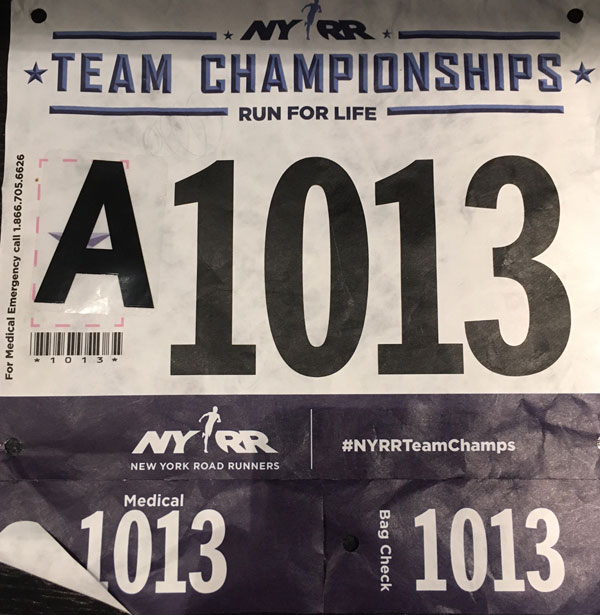 The NYRR Team Championships is a really fun day in the Park. All the teams come out and cheer in massive crowds. In order to race you need to be part of a NYRR sanctioned team.

A lot of the team went up to Inwood after work on Friday to a free event The Met was putting on. Dinner was held at Indian Road Cafe, a very cute and unique neighborhood hangout. I opted for the linguine as the server said it was added to the menu that night. It was a home run. I haven’t had homemade linguine that good in some time.

We originally had 10-12 Battalion teammates signed up for the race, but a few didn’t make it for various reasons. Abbe, Kelly, Susan, Jenn, Noah and I linked up 30 minutes before the race started. Everyone was feeling pretty good although it was getting hotter by the minute.

Noah and I went over to the west side in the high 90s and waited for the first pack of ladies to come by. They were flying! You could also tell that they were suffering from the heat. As soon as all of The Battalion came by we ran over to the east side to cheer.

Over there we linked up with Gotham City Runners for some joint cheering. One by one our crew came through, everyone looking good, but hot. We linked up with all of our females by the finish, some even had bags of ice!

Noah and I did a warm up and then jumped in A Corral. It was hot and it was going to be challenging. The vibe in the corral was way chill though with all the teams socializing. The gun went off and the group surged forward.

I saw the female Battalion squad cheering at mile 1.5 where Noah and I had been.

The rest of the race was spent just hanging on to the 6:30ish average pace I was running and pouring water on my head. It was pretty quiet down on the lower end of the Park, obviously as the action is in the North. 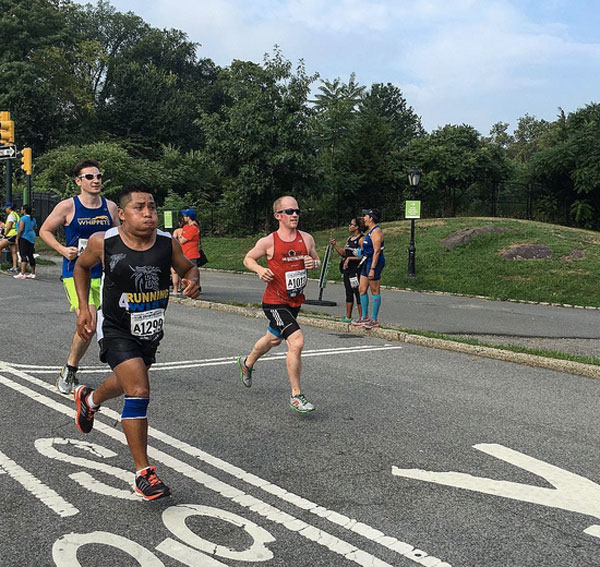 As I headed into my final mile I picked it up due to the intense cheering. I rocked a solid 6:18 pace here. I finished up in 32:33 which is far from a PR, but I was happy just to be out running Team Champs. 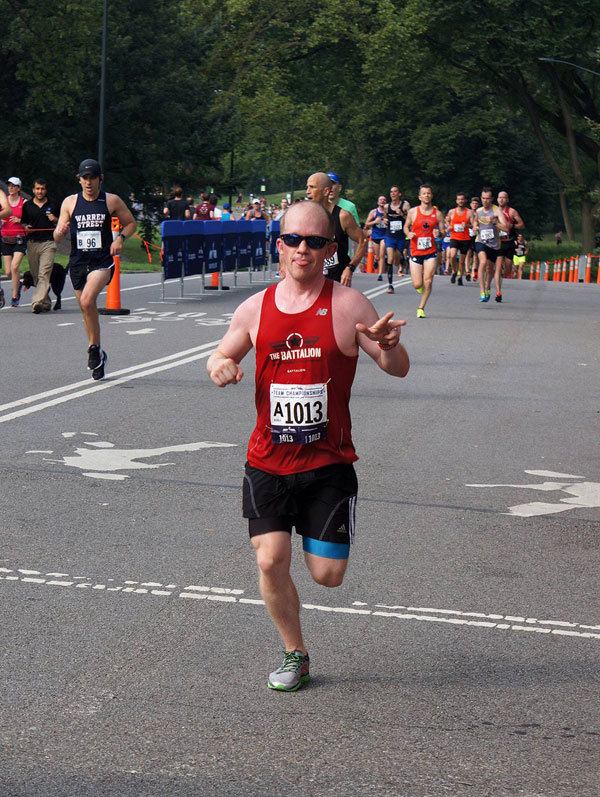 Thanks for the pic GCR!

After the race we all went to a crepes place on the Upper East. The food was amazing and it was a blast hanging with the crew!