This Thursday and Friday in NYC were slated to be in the 50’s and 60’s. You better believe everyone was outside doing something whether it was running, biking, or drinking.  I did all 3. 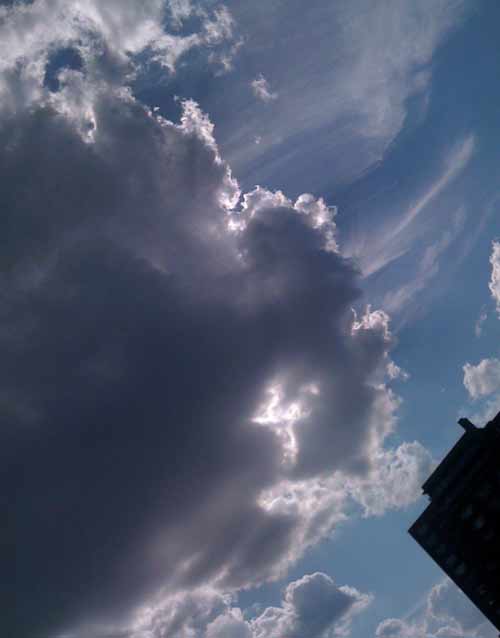 On Thursday night some of the Runner Army met in Central Park for a tempo run. In attendance: Joe, Matt6, Samantha, Susan, and Abbe. Clearly, Abbe and Matt6 need blogs.

We split into 2 groups of 3 and blazed the northern loop of the Park. So many people were out and it was really fun wearing single layers of clothes in the mighty February.

We finished up the run (strategically) by Tavern on the Green, where Joe had parked his car. He had brought us all a sample beer from his latest brew, Coffee Stout. We sat in a circle in the Park savoring this amazing beer, i was so fun. After the beer, Susan, Abbe and I hopped in a cab headed East to continue our ‘Bamboozaling’ as Abbe dubbed it.

We grabbed a table at Brother Jimmy’s, all of us still decked out in running gear. We drank and ate runner style til 11! How did that happen? ‘Time flies.’

Friday was even warmer than Thursday! I had been skateboarding to work again and today was no exception!

After work I jumped on ‘Athena’ my trusty track bike that has never let me down. Once we crashed headfirst into an SUV going 25MPH (through the windshield) and rode away unscathed, but that’s anther story.

SIDENOTE: Fellow run/fitness blogger Kelly from Meals for Miles and I discovered a few months ago we are neighbors. I ran into her  (our first time meeting) leaving for my ride and we discovered that we live in neighboring buildings! How wild. Who says NYC is a small town?!

She is the ‘Fastest Bike in the Galaxy’ and is very responsive. It is a Cyclops Track bike made my Mike Mulholland for a US Track rider. It was made in the early 80’s with Columbus tubing and weighs nothing.

I set off down Lexington full throttle. It was amazing out and I was really having fun. I decided to ride through Times Square and by the Empire for nostalgic reasons. It wasn’t the best idea seeing as everyone was out in large groups, making it dangerous at major intersections. Why is it that a car going 30MPH inhibits pedestrians from crossing the street, but a bike at the same speed doesnt? Its still going to be quite painful when I crash into you. 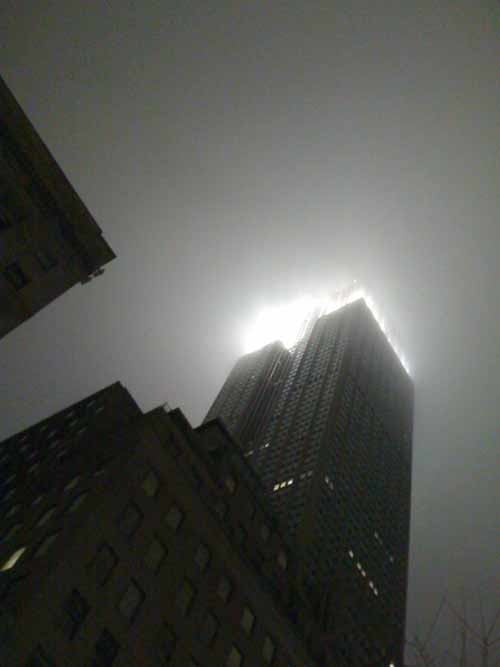 SoHo was bumping and people were eating outside everywhere in the sidewalk seating. Such a refreshing change from piles of snow. (and I like snow)

I jetted up 3rd and 1st Avenues to get home. The cool thing about now riding for awhile is that your legs get stronger, like scary strong on a track bike. At stop lights I could ‘0-60’ sprint very fast and get my max speed up in no time at all. Did I mention that it has no brakes? That’s where the scary part comes in.

TRACK BIKE 101: A true track bike (or fixie as those god forsaken hipsters I hate so much dub it) has one gear per se. It is always locked into this gear and cannot coast. Meaning, at a standstill you could pedal backwards and the bike goes backwards. The handle bars have nothing but grip tape on them, no shifters, no brake levers etc. It is the purest form of a bike. In order to stop you must slow your legs down or skid. Another way is to throw your legs in the air (like you just don’t care) and while the back tire is off the ground, reverse the drive train. I live for this. 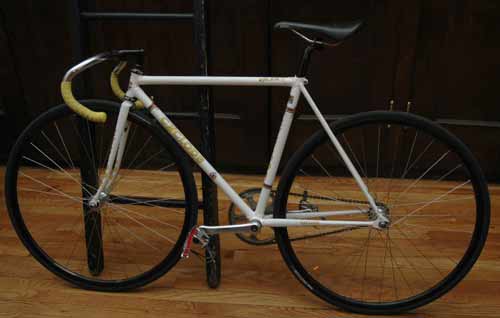 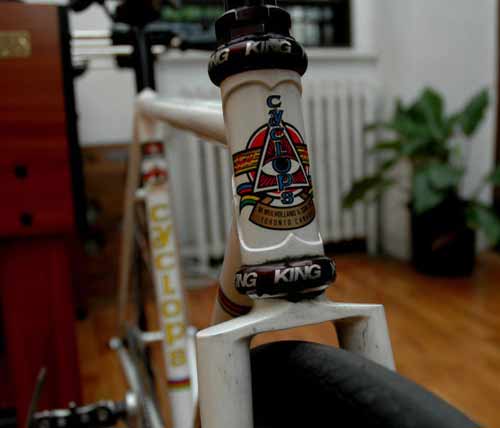 I finished up my ride and felt great having taken advantage of the amazing weather!