The ‘Negroni’ has become my favorite cocktail. (Negroni = 1 part Campari, 1 part Sweet Vermouth, 1 part Gin) During a dinner last December Abbe notified me that this drink called a Negroni might cure my ailing stomach. When I was younger I never really had a taste for Campari so I was doubtful. As the colorful concoction arrived I picked it up, turning and inspecting it. Finally, I took a fateful sip and my taste buds gave instant approval!

Fast forward to a dinner where Abbe and I were discussing the Negroni with our friend Esther, who we learned ALSO has a love of them. Hence, the Negroni Crawl was born (to be executed at a later date).

It’s not a race, I just needed a segue way into the Crawl. This is also more of a ‘tasting’ then a ‘crawl.’

1. Rogue & Cannon.We began our expedition here, at the former location of XR Bar. I used to frequent this place like 10 years ago and it was awesome. I mean, it’s still awesome, it’s just a bit more safe and clean. Their Negroni was dead on. No frills, no special twist on the recipe, just a solid Negroni. 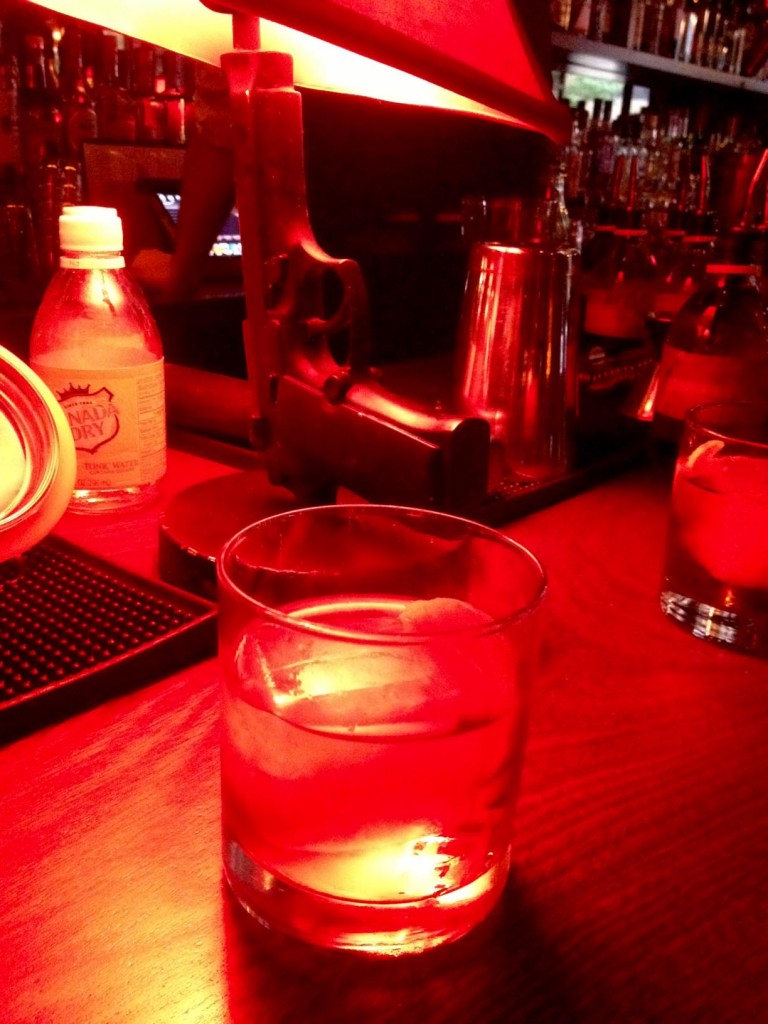 Perla sucks. This being a drinking expedition we didn’t bother making dinner reservations anywhere and Perla was packed. We attempted to sit at the 3 empty seats at the bar but those were also reserved. What? Perla, this is New York City, you can do that.

2. Dell’Anime. This was supposed to be stop 3. It was also crowded, but the people at Dell’Anime don’t have strange bar policies so we hung there until our table was ready. (We had chosen this stop as our dinner location.) I ordered their Roasted Orange Negroni. It didnt have the same punch as a normal Negroni and instead had more of a refreshing summer vibe due to the orange. 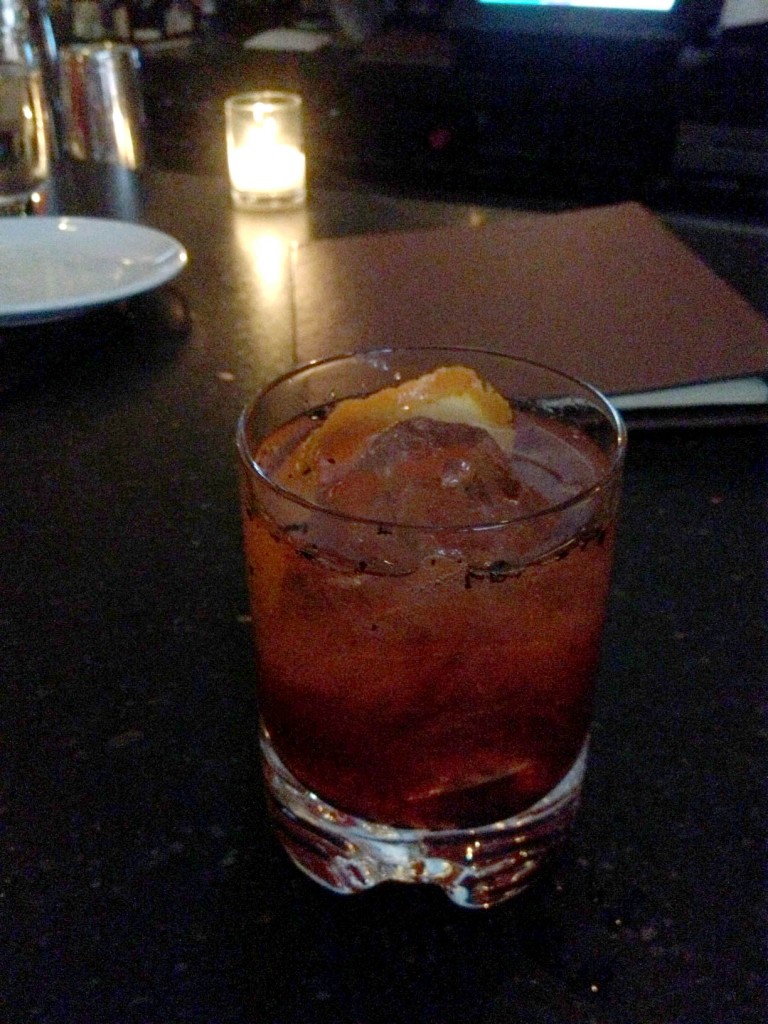 3. Dell’Anime. During our amazingly tasty dinner (seriously, go eat there) I ordered a regular Negroni. They, of course, nailed it. 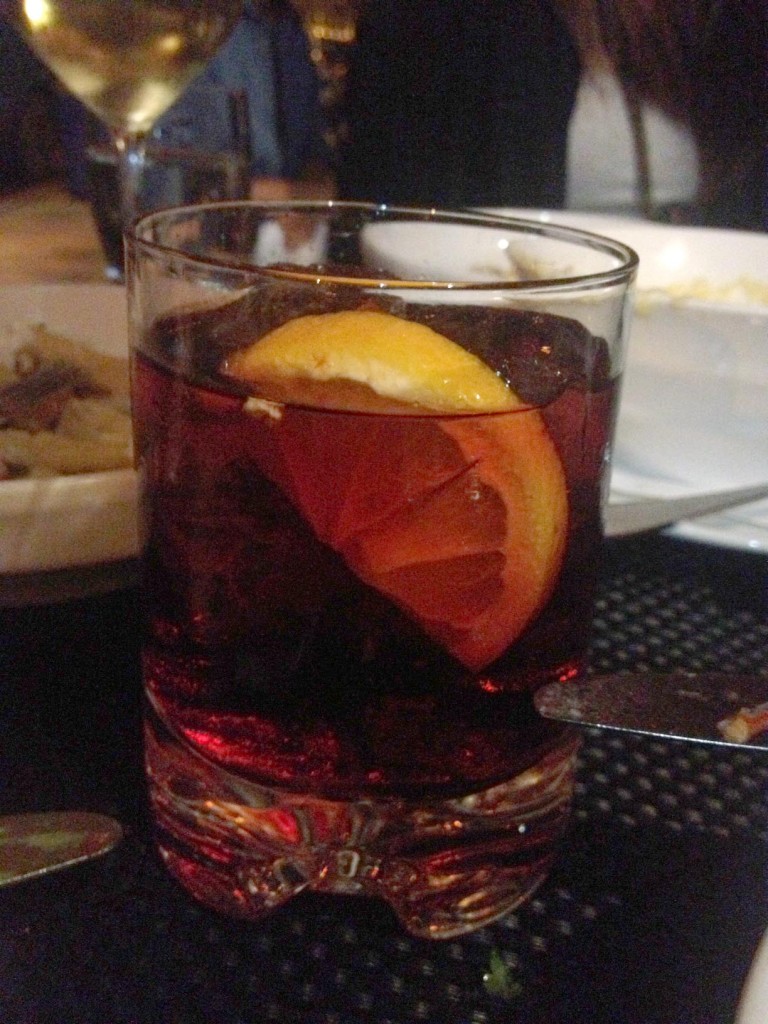 4. Abe and Arthur’s. Abe and Arthur’s is a weird place. It walks the fine line between club and restaurant specifically due to its location in the heart of the meat packing district. I don’t like hanging in this area but we needed a 4th Negroni to complete our tasting. I was now telling the gals all about the history of the meat packing district and how just 20 years ago the place was crawling with hookers and some of the most notorious gay clubs to ever grace the city. People having a taco at Dos Caminos, for instance, probably had no idea that in the muddy basement lewd acts took place in the Hellfire Club. I digress into history mode, apologies. Abe and Arthur’s Negroni was not bad, but was also not great. He was a little heavy on the Campari, making the drink too bitter.

We finished our drinks and headed out. The consensus was that (ironically) the order we sampled the drinks was the order of best to worst!