I met Abs, Stephan, Amanda, Bojana, Maura, and Jodi in Penn Station Friday afternoon to begin our journey. The ‘journey’ would be called a vacation and include beach time, drinking, seafood, drinking and running, in no particular order. In fact sometimes it was drinking, then drinking.

I was excited to show everyone Fire Island. Most New Yorkers have never been and therefore don’t realize what an amazing place it is or how easy it is to get to. You don’t even need a car.

After our very easy 1 hour train ride we caught the ferry to cross the bay over to the island. The ferry over is one of my favorite parts. Sitting on the open air roof of the ferry there is this symbolic ‘leaving’ of reality and heading off into the beachy sunset. The ride home has quite the opposite effect.

We arrived at Ocean Bay Park around 5PM. As we headed up towards the hotel I heard my named called. “Hey Baker!” It was DiGangi (as I call him) but since there are many DiGangi’s on the island for the race he was introduced as Anthony. Anthony and his brother John put on the race, ‘The Run for Rose’ after their mom who passed away from brain cancer. Seeing as how my father recently passed away from cancer this race now has a bit more meaning for me.

Keep in mind there are no cars on the island! Arriving a short walk later at the Fire Island Hotel (Ed from ‘Dad Posse’s’ place) we checked in and then hit Hurricanes for happy hour. Drink of choice on the island are Rocket Fuels. Basically, pina coladas topped with 151. I know some of the staff there so it was fun catching up and seeing how everyone was doing. After a few drinks we walked down and said hi to the ocean. BoJo, Maura, and Jodi were actually brave enough to jump in. It was pretty chilly. 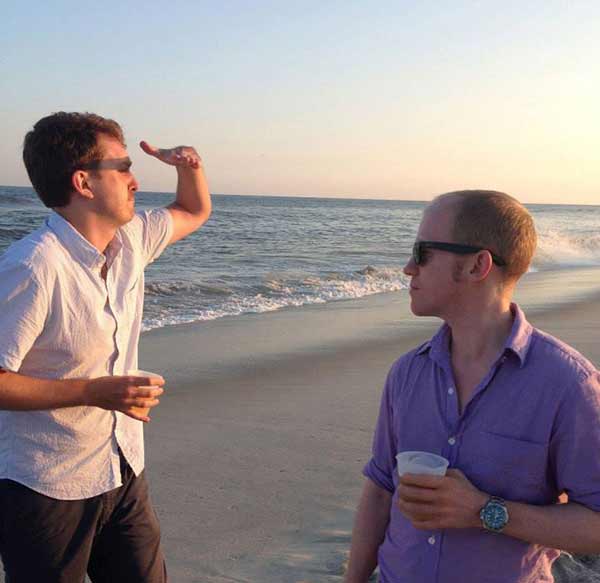 After my amazing dinner of fish tacos Abs and I retired to bed while the rest of the group walked down to Flynn’s and Schooner’s to have a few more drinks and check out the scene. 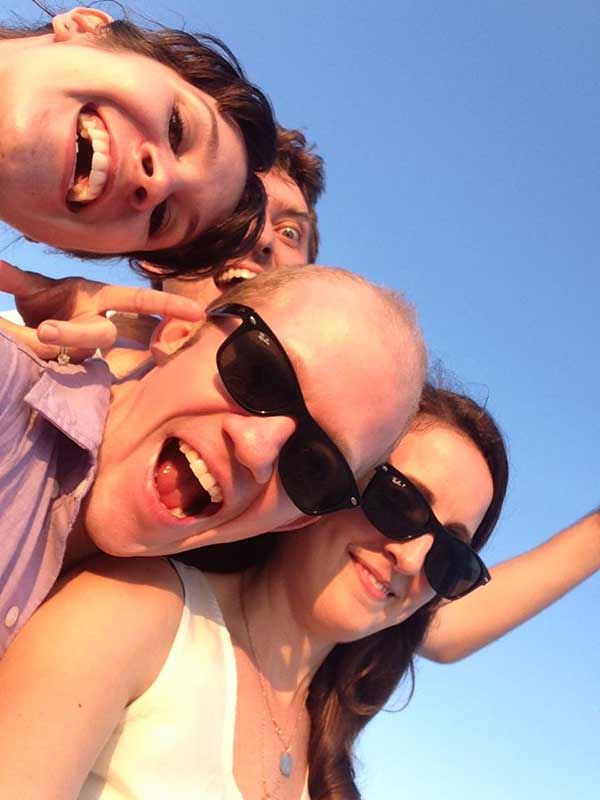 Abs and I woke up right on schedule at 6AM. Just once I wish I could sleep in. It’s like the Sun runs my life or something.

Ed has really stepped up his game at the hotel and now you can get coffee, bagels (really good bagels) muffins and other breakfast items right in the lobby. While sitting on the front steps enjoying the peace we caught sight of 2 fawns! As far as New Yorkers are concerned, Aliens may as well have landed. Abbe was immediately taking pictures and telling the not-so-awake Amanda “Heeeeey, there are baby deers!”

Once everyone was awake we split up. Abs, Jodi and Amanda did beach yoga while Maura, Bojo and I went for a run. I don’t know what Stephan did, but rest assured it was not beach yoga.

Maura and Bojo had some crazy 15-17 miles they needed to do so I guided them. We had a blast running through the narrow streets while I pointed out landmarks and different Fire Island related factoids. Maura was not so happy once I led us onto the non-paved eastern part of the island. I explained the most of the island in that direction was just sandy paths. A very cool idea, but murder on your calves. We turned around as they made the decision to get their miles in by doing the 3-4 mile loop from Ocean Beach to Ocean Bay Park. I bailed after 5 miles because I didn’t want to over do it and be burned out for the next day’s race.

I found Ed as I was making my way to the beach and he said he was into hanging with us later. We were going to go to Matthews (a great seafood spot) for dinner.

I found the rest of the team out on the beach soaking up the rays. It was an awesome day. Not too hot, slight breeze, no clouds. Behind us it looked like a bus had dropped off the entire Sigma Kai fraternity. They were pounding beers and playing odd beach/drinking games and yet, it was entertaining. They weren’t really bothering anybody. They were just trapped in their own Jersey Shore bubble.

One of them had the John Deere logo tattooed on his chest and we all felt sorry for him. Someday he will meet a cute gal who has an obsession with tractors and farming and they will fall madly in love.

As Bojana and Maura arrived it was time for the rest of us to have lunch. We did so at Flynns. Stephan and I had pretty amazing lobster rolls.

We spent the rest of the day back at the beach.

The 15 minute walk at dusk to Matthews was quite enjoyable. You really don’t know how much cars suck until they are gone. It was so peaceful! I didn’t have to stop talking because a loud bus was passing by.

For my pre race dinner I may as well have been playing Russian Roulette with food. I ate so many clams and oysters and although I love these delicious lil guys, they aren’t really good to race on. After dinner we stopped at 2 more bars. At the last one, Schooners (which happens to be where the after party is the next day), we had more rocket fuels. Bad decision, and yet… so tasty. 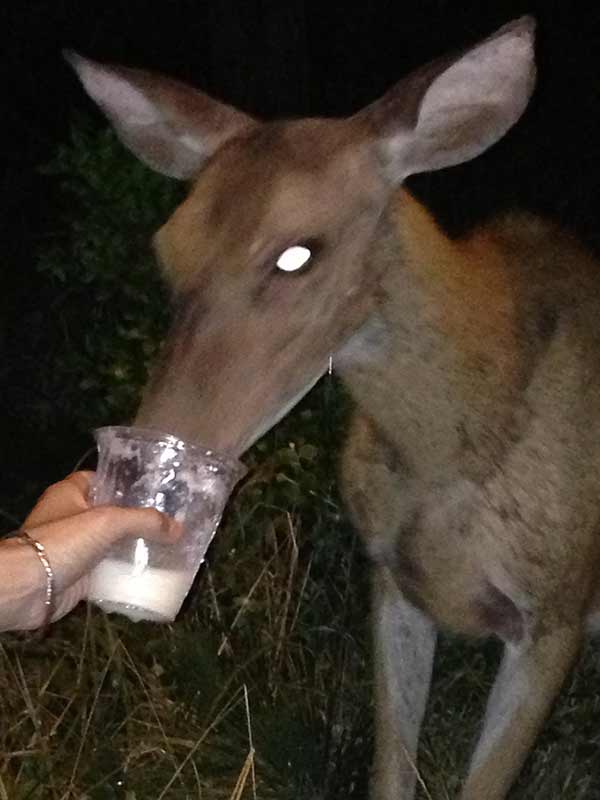 RACE DAY (I know, it took awhile to get here.)

We woke up at 8AM so we kind of slept in! My stomach was a mess. I felt bloated and was definitely not hungry. The race starts at 10:30AM which is a kind of double edged sword. On one hand, you can wake up whenever. But at 10:30AM on Fire Island, IT’S HOT BABY!

I had some of the worst race day jitters I have had in a long time. I have won or come in 2nd place the 3 times I’ve run this thing so I was feeling this weird pressure.

It was more the fear of the unknown I think. What I have learned in my experiences is that sometimes, no matter how hard you train (and I have not been training hard so there’s that) you never know who will show up on race day. Sometimes the cards are in your favor, and sometimes a guy (or a gal as you will see) that can run 5 minute miles for an entire 5K show up.

The 8 of us were huddled around by the start. The race announcer Terry (a great guy and local NYC runner as well) saw me and we caught up a bit.

They had sub 7 minute people up in the front so I made my way there. I said hi to Sal and John and they introduced me to a CPTC guy, Nigel, who was racing along side me. It’s really such a fun race and there is really no animosity amongst the runners. The DiGangi’s (with the help of the race and donations) have pulled in like $300,000 for the Rose DiGangi Foundation which directly funds Brain Cancer Research. Congrats guys!

Waiting in the corral reminded me of the 2012 Boston Marathon. I was already sweating bad.

The gun went off and we hit the ground hard. We were running pretty fast but not full sprint. I thought to myself, “I can do this. Just hold it together.” For the 1st quarter mile we were jocking for position. It was pretty tight. If someone tripped up we were all going down. This young gal from NYAC (Reilly was her name) slowly pulled ahead and I was like “Whoa, no way can I roll that pace in this heat.”

Did I mention it was hot? Fire Island is pretty shaded unless its oh say, getting close to noon.

NYAC was now 100M ahead of me. I really thought she was going to take the whole thing at that point. Then, to my left this guy also slowly pulls by. He was going for it. After we passed the 1 Mile mark it looked like he was neck and neck with her.

You batter believe I hit up the 1 and only water station at mile 1.5ish. It was right around here that I noticed this dude on my ass. I could hear his breathing and with a few quick head turns I saw that he was drafting me. Dammit!

I was really hurting at this point and wanted to jump in the Bay to cool off. I thought, “No way can I smoke this guy with a mile to go.” I just hung on is what I did. I knew he was gonna make his move closer to the finish and take 3rd place but there was nothing I could do.

I got to see Amanda on the out-and-back which was a fun boost!

As we turned left passing the ‘200M to go’ sign, homeslice made the pass. I really wanted to hold my position and I have done so before, I just had no speed left in me. I came through the finish in 18:33 and in 4th place.

I cruised through and congratulated all the speedies then slammed 2 waters and poured a 3rd all over my head.

At the Finish I got to watch all my friends come through one by one… everyone kicked ass.

We were hanging out at the bar in Schooner’s enjoying post race refreshment and free Heinekens when the awards started. 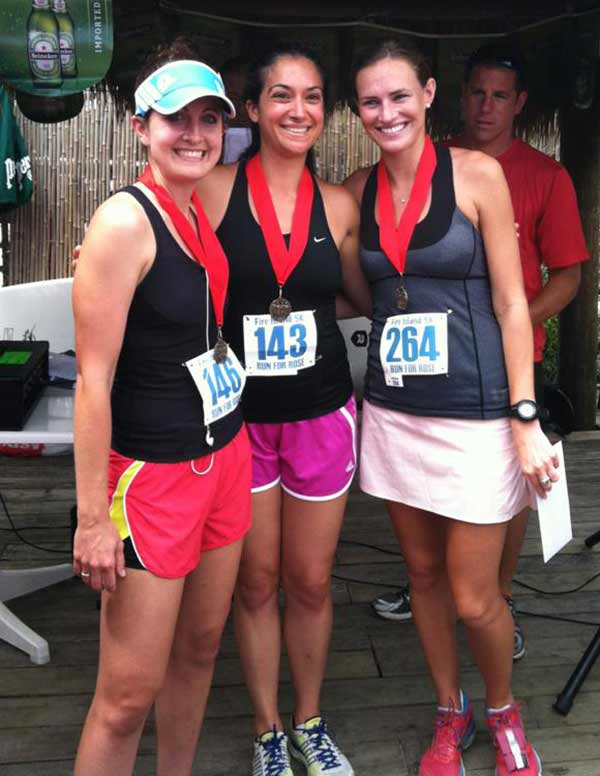 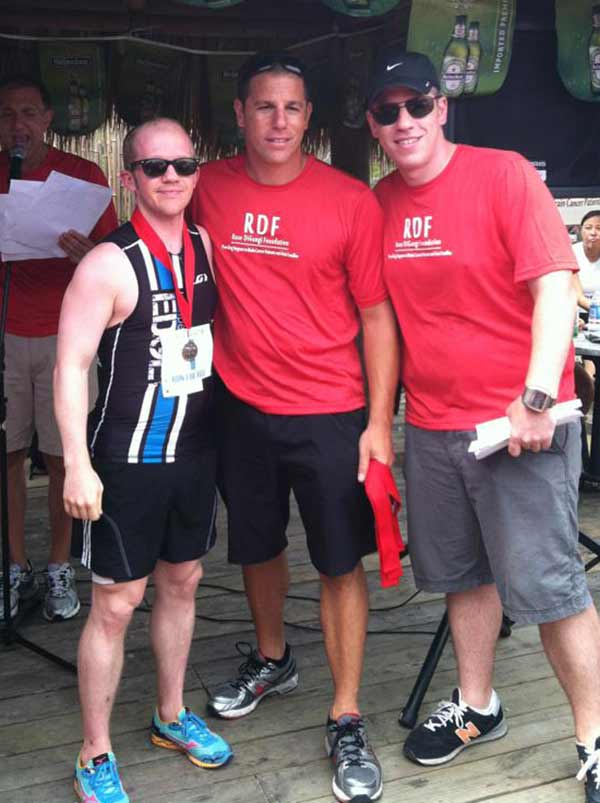 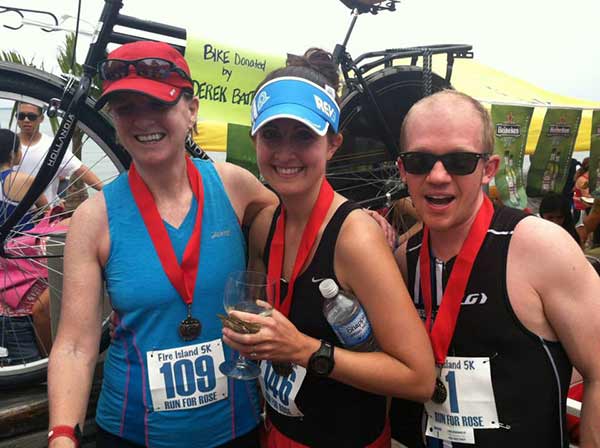 The Rogue Runners were bringing home some hardware! Wooo!

After some more fun at Schooner’s we packed it up and caught a 4PM ferry. It’s always so sad to leave the island head back to reality. 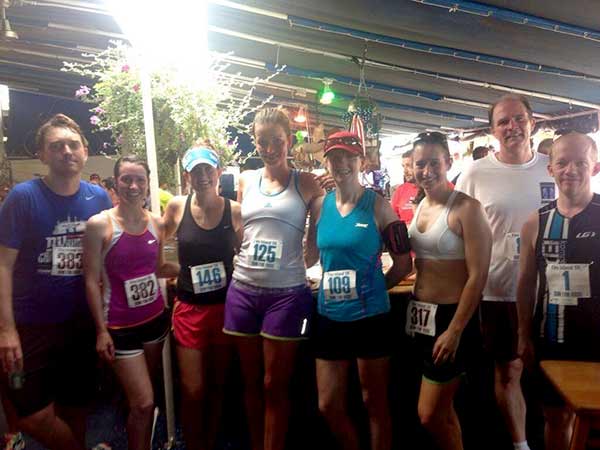