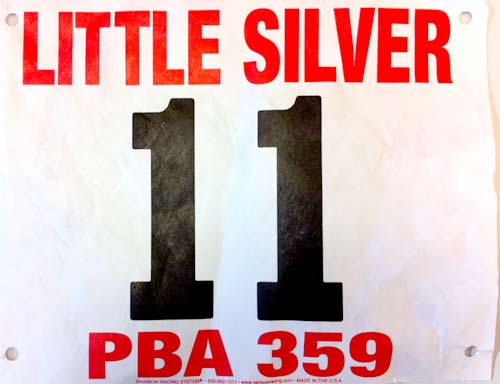 After Saturday’s 5K I headed back to my apartment to pack for the Little Silver 5K I was racing on Sunday. Jim, Ed (from ‘Dad Posse’) and Jack (Ed’s son) and I left around 2:30 to head to Mike and Kara’s house in the Red Bank area.

After a lovely jaunt down the ever-scenic New Jersey Turnpike we arrived at our destination. The sun was setting and Fall was in the air, so we caught up over a few beers in the backyard. The rest of the wives (minus Erika 1- because she was running the Staten Island Half Mary in the morning and 2 – she’s not my wife!) were arriving the next day for post-race festivities, so the guys were let loose to roam Red Bank.

Jim, Ed, Mike and I set off to The Globe Bar to grab some food and more beer. It was supposedly a ‘Dive’ but all 4 of us have spent many years in ‘Dives’ in NYC and this was way off. It did have a cigarette vending machine though! They had great food, especially the wings. We spent a few hours there before setting off to Dublin House.

The Dublin House is a very respectable irish pub. Unfortunately, all 4 of us were wiped so we headed back to Mike’s house to ride out the night after just one Guinness.

Once there we got the fire pit going and all sat around continuing our conversation. Kara joined along with the neighbors, Jim and Amy. I ducked out around 11PM because I was really feeling tired from the day’s events. I was also worried… how would my legs feel tomorrow for the next 5k?

When I woke up at 7:45 I could definitely tell I needed more rest. Mentally substituting Santa Claus for coffee, I tip-toed downstairs to see what might be waiting for me.

After a cup of coffee and a banana we were off to the race. It really couldn’t have been more perfect as far as weather goes. 55 degrees, not a cloud in the sky. 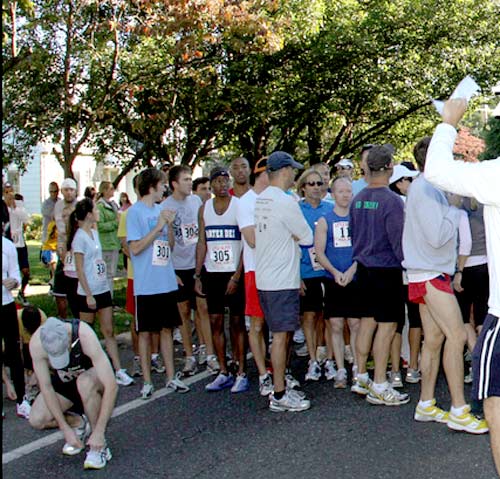 As we prepared to line up at the start there were a bunch of college track runners warming up. Jim told me not to worry, but looking at them I thought “These dudes look fast! Yikes!”

The gun went off and I hung back. Not wanting to be the rabbit this time around, I let 3 guys lead us. We hung together in a 2 and 2 formation (envision us sitting in a car) and were blazing. We ran our first mile in 5:20.

Soon after Mile 1 the 3 underage speedsters I was running with separated from me. A few minutes later, another fast underage group overtook took me. I held onto these guys for the remainder of the race though.

SIDENOTE: How did my legs feel after racing a 5K the day before? Like crap. Imagine starting a 5K with that feeling you have at about Mile 8 of a Half Mary.

Not much to report for the last mile aside from me just hanging onto the back of the heels of this college track runner named Alec. Rounding the corner and entering the high school track where we were to finish, I tried to punch it and take him, to no avail.

I crossed the finish at 17:38 and a 5:40 pace. Only one second slower than the Hoboken 5k the day before… science where are you when I need you?! This makes no sense at all but I’ll take it. 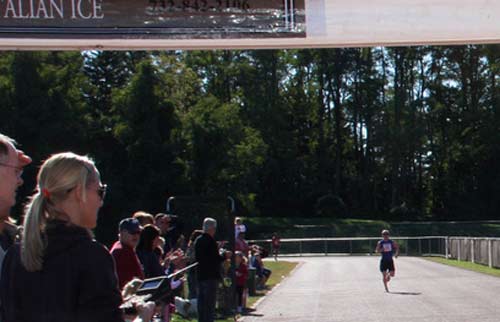 Jim came in followed by Mike and Ed. We all had goals set (without going into them as people’s race times can be personal) and all of us accomplished them! We hung around for the awards presentation as I won 1st in my age group (11th overall which is weird as my bib number was 11) and Jim got 3rd in his! 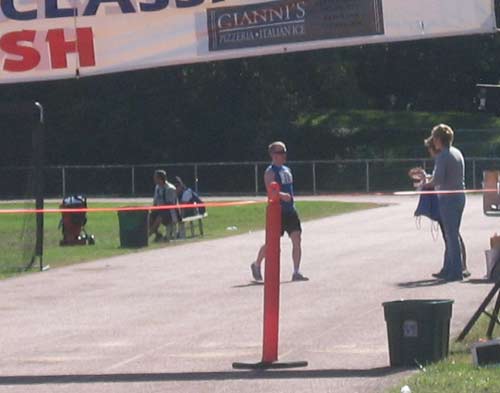 We went back to Mike’s where we had a fantastic BBQ. The rest of the wives and kids showed up as well. I helped all 7 of the kids paint pumpkins for Halloween which was awesome as I’m an artist at my core (even went to Art College) and got to be creative.

The weekend was fantastic for racing in general. I would like to say ‘hi fives’ to all my friends and acquaintances who raced this weekend whether it be Chicago Marathon, IM KONA World Championships (so jealous), Staten Island Half Mary, or the Hartford Marathon. Big thanks to the Farley’s for hosting us crazy runners!

In conclusion, Racing a 5K on both Saturday and Sunday is very strenuous, especially when it involves social activity, not movies and sleep. But, my times for both were just 1 second apart. It’s very strange and I can’t come up with any logical explanation as I should have been more tired the following day. Is there a doctor in the house? Please explain!

Also, in analyzing my almost exact race times from both days and how I placed (3rd and 11th), it just goes to show… you never know who is going to show up on race day.