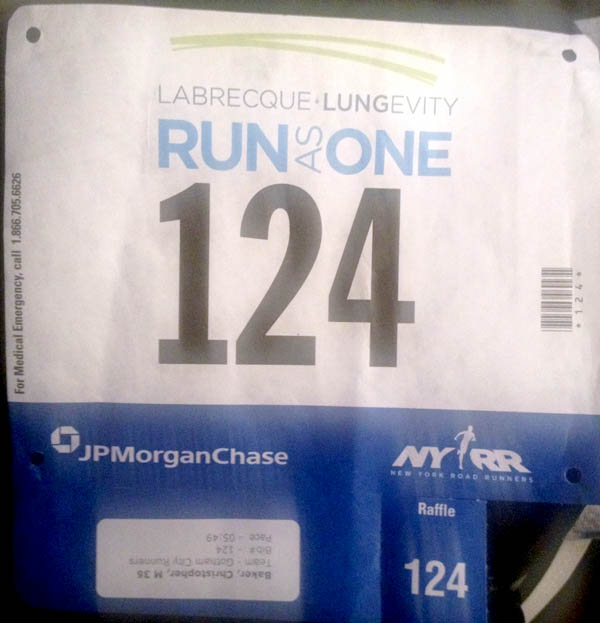 This is my 100th race! It was also my 10 year anniversary at work… spooky.

Come along, let’s take a walk back in time and see where it all started.

Back in 2007 I didn’t run. In fact, aside from running around in general like little kids do, I never really ran. I dreaded the Mile in gym class. That year a coworker of mine ran the NYC Marathon. I went and cheered her on with some other coworkers. This was my first time investigating a running race. Arriving at First Avenue a female runner pulled over, hot, sweaty and looking like she was on mile 18 of the marathon (as she was) and puked right at my feet. She shook it off and continued running. “Whoa.” I thought. The full magnitude of what was going on started to sink in for the first time and I was in awe.

The rest of my afternoon was pretty uneventful. That would be the last time that Marathon Sunday in NYC would be uneventful for me.

The next week at work the Pres had a little breakfast party for my coworker and our department. It was great. Towards the end the breakfast the President asked aloud “Who from Rolex would run it next year?” A few chuckles erupted and as his glance came my way he simply said, “Baker will do it.” I smiled and said, “Sure. I’m in.”

Just like that my destiny would be forever changed.

I put together a basic training plan and started running a few months after that.

As the following November rolled around I became very nervous. I am intrigued by this now as I rarely get nervous for races anymore now that they are so ingrained into my day-to-day. Now, I get amped.

The race was fantastic (you can read about it here if you like). 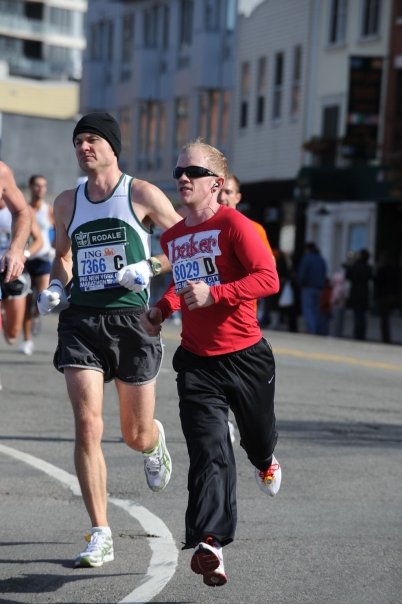 I love this photo because 1, I am wearing pants and 2, I would later become friends with the guy next to me, Jeff, an editor at Runner’s World.

I too, got my celebration breakfast hosted by the President. He would turn out to be one of my biggest fans. Before each big race he would call me and wish me luck and after the race he would invite me to the executive floor so I could fill him in on race details. He was a great guy and I ran my first Sub3 marathon for him (race report here) in 2011. He passed away suddenly in late 2010. 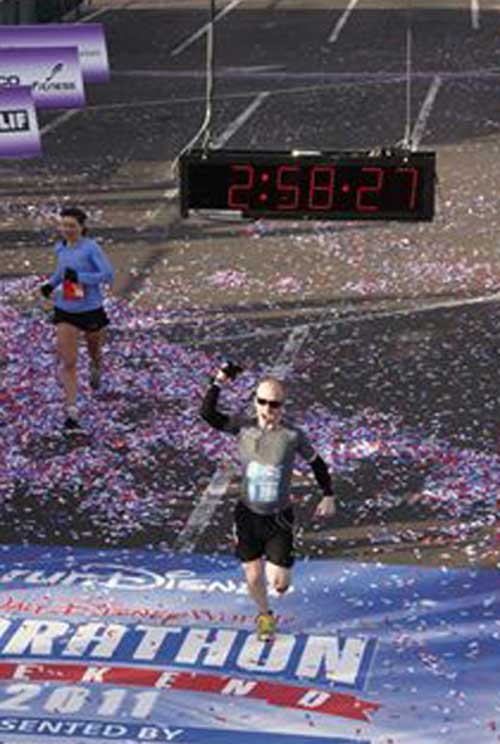 After many failed attempts victory was mine. I actually screamed out “Yeah!” when I finished this one.

The marathon wouldn’t be enough to quench my thirst. Small triathlons were next followed by a few Ironmans, which are my main passion these days due to their risk/reward.

Last but not least let’s talk about all of you. Almost all of you are accomplished runners, marathoners, and triathletes and I am so proud to call you friends and peers. You kick ass every weekend.

So there you have it. 100 races in and still loving it. What’s that you ask? My favorite race? Good question. Probably Ironman Arizona as it was my first full IM and it took all of me to finish.

Oh, wait, this is a race report!

I met up with the Team, the mighty Gotham City Runners (lookout for us, we will get ya) and did a quick warm up before hitting corrals. I had dreams of hitting the 6 minute mile marker like old times. This year I am back 100% injury free so everything is kind of new.

Miles 1 and 2 were pretty jammed as I was in the back of the Blue Corral at the start. As I finally pushed ahead and got some space this young tall guy (who had basketball shorts on) got mad that I passed him. All of a sudden he came from behind huffing and puffing right last me. I actually laughed out loud and in my head was like, “See you at mile 3.” Sure enough at mile 3 guess who was walking?

I finished just over my 6 minute marker and was happy. I found Abs who was also running and we shot home before heading out to meet a lot of the Runner Army for some celebratory drinks. Good times. 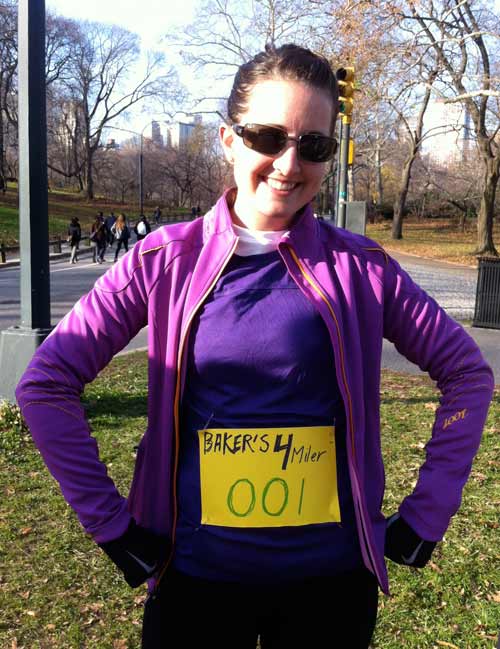 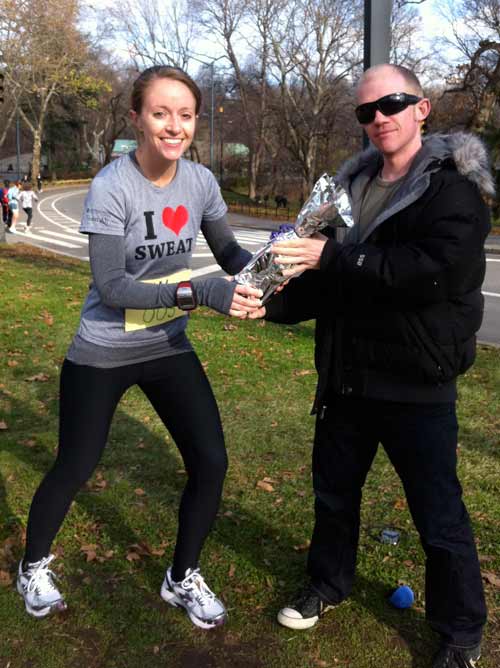