On Monday, there was a memorial movement for those who suffered in Boston.

In respective cities across America, people organized large group runs with everyone wearing Boston colors, Boston themed signs… you name it, to show support for Boston. Pavement Runner began the movement and my friend Abbey organized the NYC group.

There were well over 300 runners and 2 or 3 news stations covering the event. 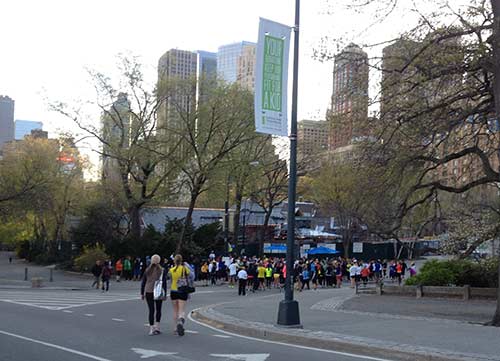 Sharon, Claire, Caroline and I were part of the ‘Walker Committee of Injured or Pregnant Representatives.’ We went once around the lower loop watching in awe as all of the many runners decked out in blue and yellow streamed around the Park. We ended at Tavern (which is where we started) to ‘Power Arches’ and loads of cheering. 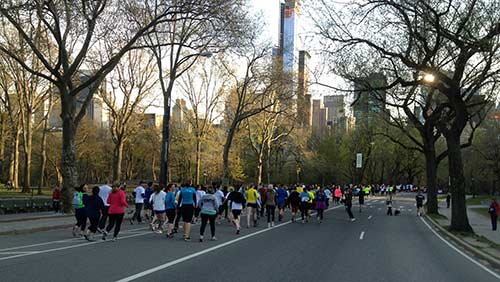 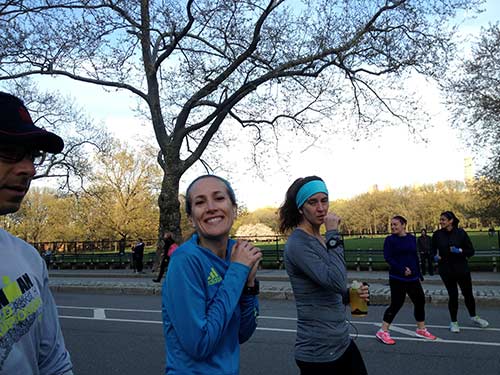 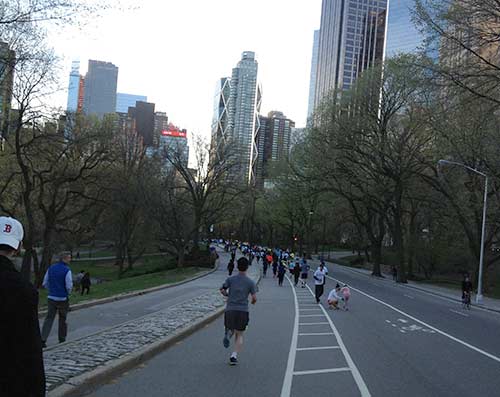 In the grand scheme of things the attack in Boston was an attack on the citizens of the United States of America, not runners. In the grand scheme of Baker, not only was my country attacked, but my community of amazing athletes that I have the honor of being friends with. People who raise money for charity by running. People who raise kids while training for a marathon. Speed demons who defy the laws of nature and best of all, senior citizens who own the right to call themselves ‘bad ass at 80.’

As marathon runners, no one cares what you do for a living. We don’t care how much money you make or how big your house is. We want to know how hard you pushed those last few miles, in agony and pain, to break 4 hours. You either get it or you don’t. I feel like my family was attacked and it really hurt, so getting out to run and show that we are strong as a community was just what we needed.

Thanks for organizing Abbey!