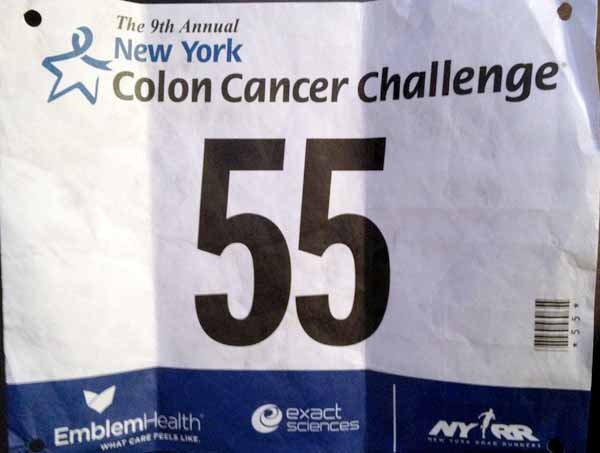 Race Season has begun! (for me at least.) It’s officially warm enough to where I can come out of hiding.

The Colon Cancer Challenge 4 Miler (not the 15K, do I look crazy? C’mon!) is a race cause that speaks to me as my Mom is a survivor. When I was 14 she was hospitalized for 3 months and barely made it due to complications. So yeah, I run the hell out of this one.

Guess who was visiting me and my youngest brother Jeff this weekend? That’s right, momma Baker! She came in Thursday and we had been having a whirlwind tour of restaurants and landmarks. My brother picked Saturday’s dinner location and I didn’t have the heart to tell him I couldn’t eat that the night before a race.  I’m talking about Sushi people! (the food not humans made of raw fish.) I decided to just go with it and see what happened on race day. Who knows, maybe Sushi was the secret super runners pre-race food?

9AM races rule. You can wake up, have like 2 cups of coffee, watch the news and part of GMA and even have a healthy breakfast!

Abbe and I left with 45 minutes to spare and did a warm up run up 5th Avenue. I even saw one of my construction worker pals by my office. His response, “What no camera today?” He knows me as ‘Photographer/Graphic Designer Baker’ not ‘Runner Baker.’ Up in the Park, we split up and took to our corrals.

After a very poor rendition of the Star Spangled Banner, like so poor I thought it was an April fool’s day joke, Cha Cha gave the word and we were off!

I kept my iPod off. I was going to switch it on at Mile 1, but I wanted to listen to myself first. I also had no Garmin.

The first 800M I spent navigating through people until I was in the single file pack, lead vehicle in my sites. I wasn’t sure how fast I was going but it felt right. Mile 1 arrived at 5:55, not good enough.

Needing some pep, I switched on the iPod and blasted forward. I was in a small group of 3 guys and we had pulled away from the others behind us by a pretty good margin. Up ahead, was the lead pack starting to spread out.

I felt pretty good and made the decision to skip the water station at Mile 2. This proved helpful as I lost a few guys and pushed ahead, suffering with thirst. The clock said 11:40 which means I had made up some time, but the West Side Rollers were ahead.

I was now running single file chasing this guy 100 feet in front of me and in turn, I was being chased by a guy 100 feet back. It was quite spread out, more than I have ever experienced in a NYRR race. Mile 3 came up fast and it read 17:50. I was losing time now and wasn’t happy about it.

My left shin had been hurting like crazy since Mile 2, and now I told myself mentally ‘This is nothing, it hurts and there is no injury. Throw down some speed.’ I was in fact able to pick it up a bit. The worst of the hills was over and I knew I just had to hang on. I could feel a presence behind me (sorry, I watched Star Wars yesterday) and knew I couldn’t let up. The guy I was chasing was well out of my grasp and at this point I was hoping that I might have a PR in sight.

Rounding the corner of 72nd to finish I saw this guy out of the corner of my eye behind me. “No way was I gonna get out sprinted.” I threw it into another gear and rocketed to the finish. As I got close my Mom, brother, sis-in-law and friend Vicki cheered me on like crazy! After the finish I stopped and shook the guy’s hand behind me and gave him props for staying on my tail like that. I also saluted the guy I had been chasing. He had beat me by 8 seconds, but it seemed like 30. 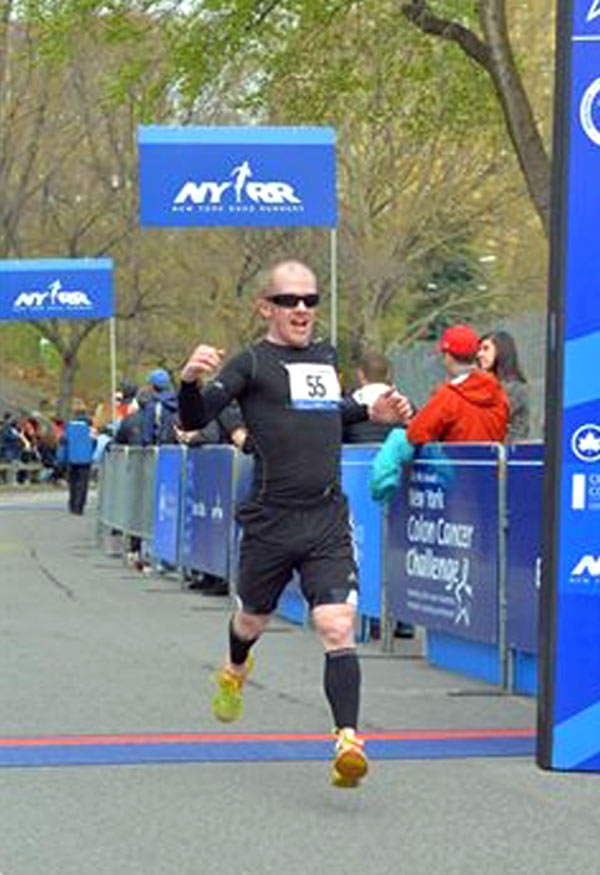 My time? 23:28, the EXACT same time I got the last time I raced this. I did, however, move up in placement to 9th overall!

I always like to describe the end of a race like this like when the Millennium Falcon comes out of Warp Speed and everything stops at once. It’s very disorienting and I have learned to come with the sudden urge to vomit by downing water and breathing exercises. Whatever works right?

I met my family up at Bethesda Fountain and we waiting for Abbe to finish. She PR’d again which means I had to buy lunch! We have a deal, who ever PR’s gets taken out by the other to celebrate.

Big ups to all my local Runner Army peeps too, there were a ton of PR’s!