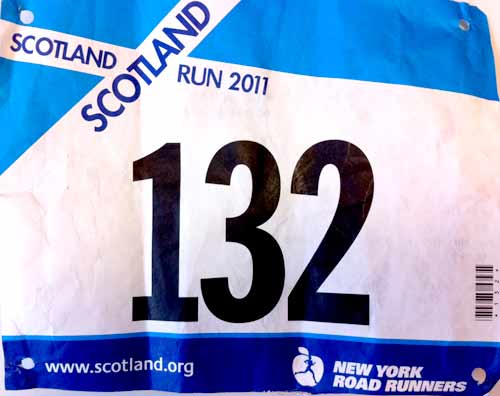 Spring is here and it’s quite obvious in ol’ Manhattan.

On Saturday morning I met Brandon at the entrance to the George Washington Bridge for our first Nyack ride of the season.

It was a bit chilly as we made our way into (dirty) Jersey, but we soon warmed up after maintaining a 20MPH pace. There were so many riders out as well. It was sunny and expected to get up into the 50’s. Athletic Weather Perfection.

As per ‘Nyack Ride Law’ we BOMBED down State Line Hill, hitting around 40MPH. I later learned that the reason I was spinning out is that I have a 50 tooth chain ring on my front cog?! What?!

SIDENOTE: Later on, I consulted Coach S about the chain ring and we have come up with a strategic plan to tweak out my bike.

Arriving at Nyack and the Runsible Spoon, we sat and ate a banana chocolate chip muffin and had some coffee. These particular muffins may be my favorite on Earth. Each one weighs like 3 pounds.

The return trip was warmer, but is always a bit harder then the first half. State Line Hill, for instance, is a nightmare. It makes Harlem Hill in Central Park look like nothing.

Our total distance was about 50 miles, with an average speed of 17MPH. Not bad!

Saturday night was spent at Abbe’s apartment. She was cooking dinner for us and our friends Stefan and Amanda. The food was, as always, amazing (Abbe has a culinary degree and is a master chef) and we had a blast. Stefan had brought some moonshine he found, so around 11PM we thought it was a great idea to test some out.

SIDENOTE: There is a race in the morning.

The moonshine was awesome and if any of us thought we didnt have enough wine or beer with dinner, this adjusted us.

The fact that this NYRR race was at 9AM and ot at  or 7 was really exciting. We could take our time getting ready. While having coffee I got geared up and Abbe made a really cool sign, “Runner Army Unite!”

Following Coach’s instructions I had a really nice 30 minute warm up run over to the start.

There, I ran into Alex and Anh! We chatted a bit before I set off into my corral. (Thanks to Anh for taking some pics of me as I finished!)

This was a points race for all the local teams so I was surrounded by groups of them chanting and cheering. I felt like a rogue operative in my all black outfit, I was clearly on my ‘own’ team.

The gun went off and immediately we were running a 5:58 pace. That morning, I was trying to explain that even in the front it’s crowded, it’s just a faster moving kind of crowded. Man, if anyone slipped up, it would be devastating, like a pack of Gazelles collapsing into each other. Does that mean the Red Corral runners are the Lions?

I had on my racing flats and I felt pretty good. Between Mile 1 and 2 Antonio popped up! We ran together for this mile but I couldn’t keep up with his pace. My left shin was hurting a bit and I was even questioning the future of the race.

I attacked Harlem Hill with a vengeance. For some weird reason I enjoy hills, maybe it’s the challenge? I was swinging my arms and pumping my legs all the while trying to regulate my breathing and heart rate.

SIDENOTE: Harlem Hill, when running clockwise, is actually 2 hills. Up, down, then back up again to level ground. 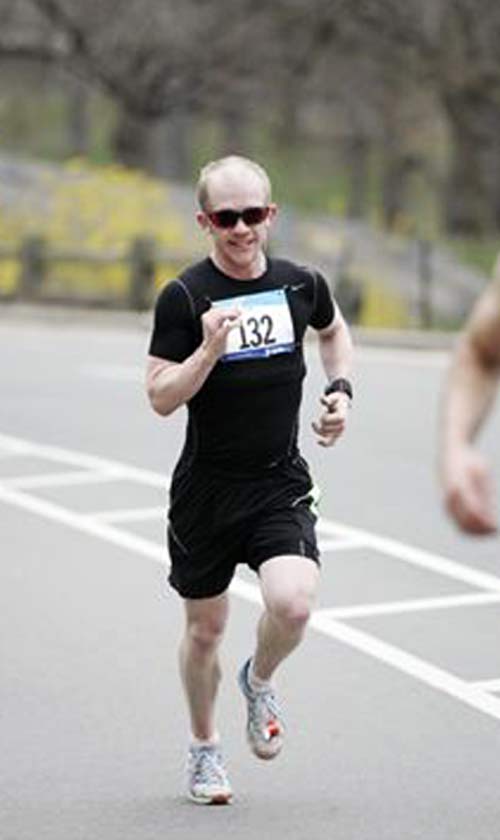 After ascending Part 2 of Harlem Hill, I was pretty wiped and slowed up. I was, however, thrilled to have the hardest part of the run behind me. Once I caught my breath and heart rate, I picked up my speed again. I saw that I was running a 6 minute average, and was wondering if I could PR? My PR for a 10K is 37:11 and it was going to be close.

Rounding the southern end of the Park, I was desperately wishing for the 6 Mile marker to rear it’s head. I was pushing hard but could feel my heart beating through my chest. It hurt. The 6 Mile mark hit and the clock said 36:30! Could I PR? I would have to run 300M (roughly) in 30 seconds, nearly impossible, but lets give it a go? 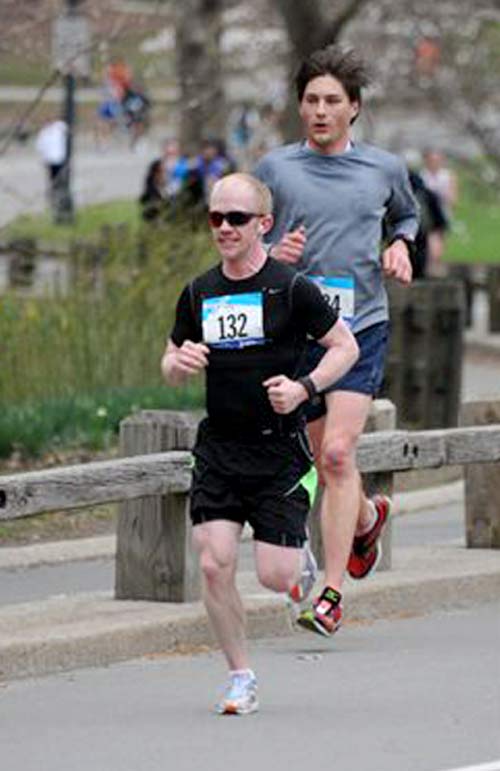 As I climbed the steady hill approaching the finish I heard my name and saw Abbe, Steph and Amanda cheering me on with signs and cowbells! Awesome! I smiled and burst into a sprint! 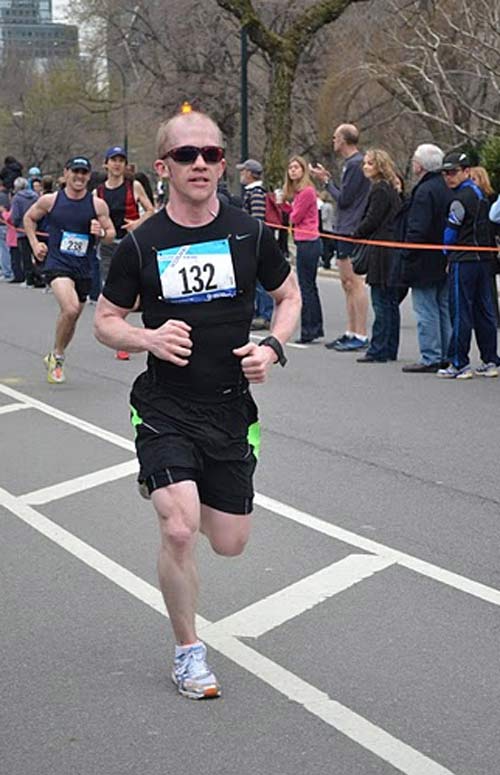 At the finish my friend Colette and her 2 adorable little boys were there cheering me on! I gave Grant a high five (it was his birthday) and then the 4 of us went in search of Abbe and the Runner Army cheering section. 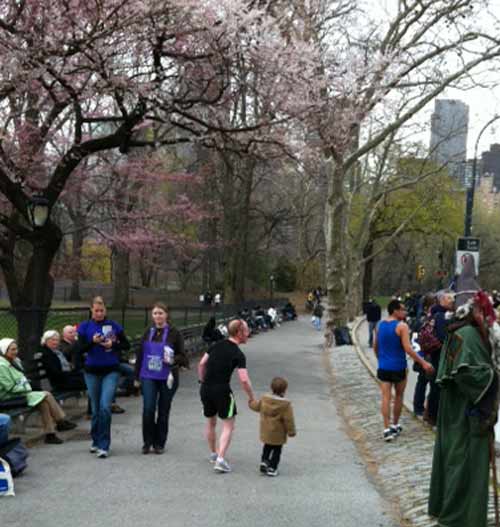 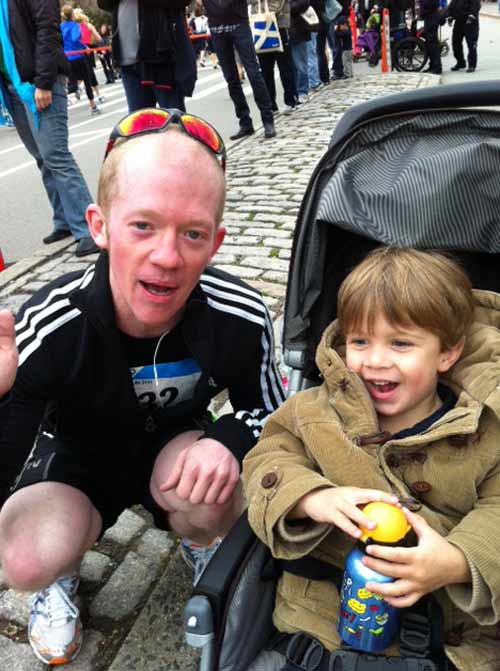 We all cheered on as Matt, Sharon, Erica Sara and Stefan (running his first NYRR race!) all crossed. 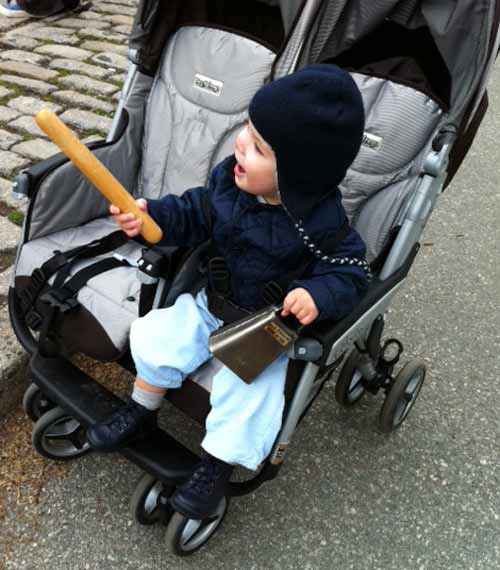 We slowly made our way to Hummus Kitchen to feast! Role call: Sharon, Jeremy, Matt, Steph, Peter (Russian Bear), Erica Sara, Abbe and me! It was so delicious! I didn’t even know they did a breakfast menu. Also, with Sharon’s help I coined the Runner Army’s tag line. Are you ready for this? The Runner Army. We Run the World.

As the results came in I got strangely curious as there was no record of me racing, not even by queuing up my Bib #?! It was at that moment I noticed that I had put on the INSTRUCTIONS (or left tear-off side) to my D Tag and not the actual timing chip! Such a rookie move! 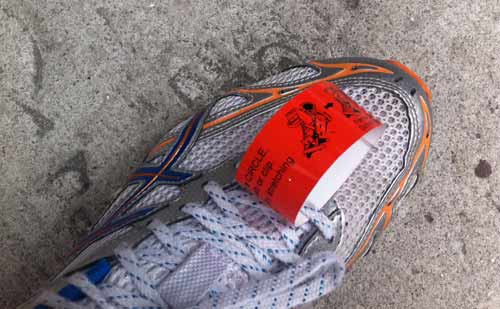 Needless to say, the Runner Army relentlessly teased me, and I deserved it for sure. I am really glad to have ran with my Garmin to have my exact time on record. I blame the late night moonshine…