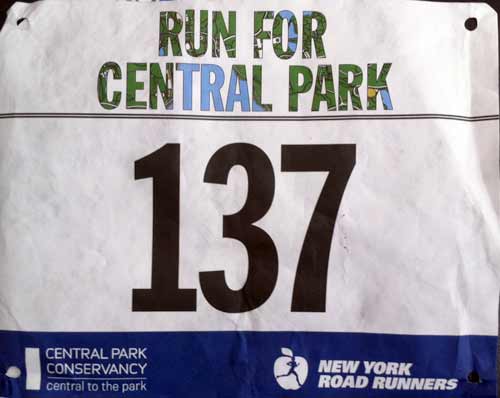 The Friday night before the race Abbe, Jackie and I went to see Harry Potter. I’m not a die hard fan, but it was still pretty awesome. Jackie and Abbe made this mint, goat cheese pasta before hand which was so amazing! With that and the salty popcorn I would consume in the theater I would be sufficiently carbo-loaded for the next day’s race.

Up at 6AM, fueled with some Bustelo and out the door by 7:30 to jog over to the start. I stopped and grabbed a banana to eat on the way.

My goal for this race was to PR since last Saturdays 10K was very far from that. My 4 Mile PR is 23:28 and I was really gunning to break 23 flat. That would be a tall order considering I would have to run at a 5:45 pace the whole time.

Hitting my corral and waiting for the start I noticed a ton of team shirts. Of course! It was points race for the local teams so all the speedsters were out in force. This would be good for me since I could run on the tails of these folks. Another thing of note, the temperature in the sun. It was HOT.

As the gun went off I hung to the right and sped forward. I heard “Go Baker!” and I looked over to see Kelly and Ali were sidelined cheering us on! Thanks!

We were all cooking pretty fast and Cat Hill came up like a heart attack. Not wanting to blow up and also knowing I had to keep my pace up I found a nice middle ground and attacked. It hurt.

At the top and as the course leveled out I thought “The hardest part is over.” True? Maybe. I mean, we didn’t have to run Harlem Hill so… Did I mention yet how I love this course?

We hit Mile 1 at 5:45. Right on target but deep down in my head I knew it would take a lot to hold this pace. My chest was burning, I pushed forward. Mile 2 arrived at 11:30, right on target. I grabbed some water and celebrated by dumping it on my head which I thought was on fire. 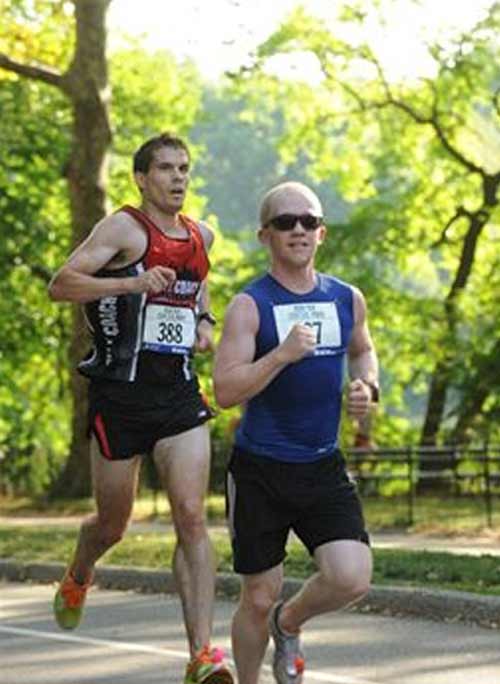 I chose to wear my Garmin for this race and I could see that between Mile 2 and 3 I was slowing ever so slightly to a 5:50 pace. I kept smiling, kept moving my legs and adjusted my breathing so I didn’t explode. I had forgotten about the West Side Rollers, a series of hills that one might not assume daunting. Daunting they are when blasting through the tail end of a 4 Mile race. 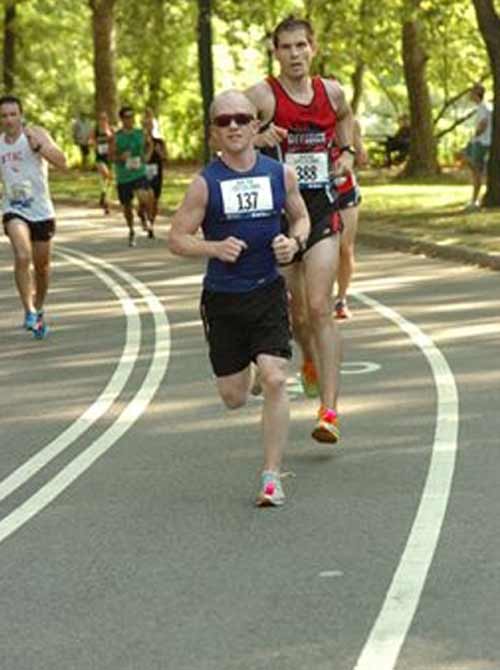 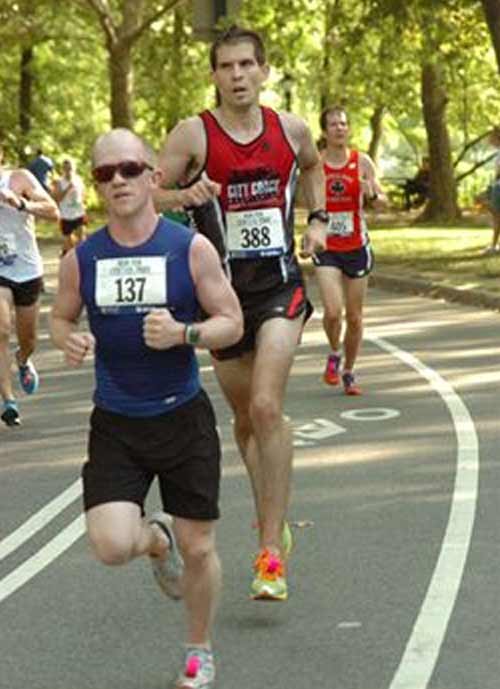 Trying to hold it together for the last mile was tough in that heat. I saw Lam and cheered him on. It’s always nice to see fellow runners in the race, even if conversation is limited! I also saw Erica Sara yelling and taking pics, cheering me along. 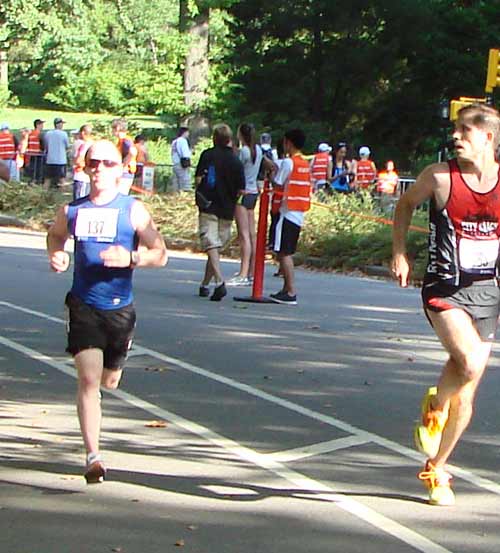 Thanks to my friend Mary for snapping this shot of the finish!

Cruising into the finish I was so happy to be done and to get my hands on some freaking water! After a quick high five to Lam I grabbed two cups, one for my mouth and one for my head. 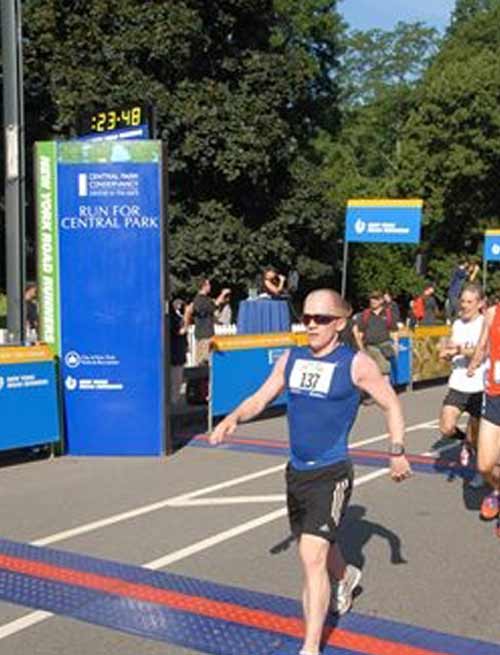 After the finish I met up with Erica Sara a couple yards in front of the finish to cheer on the rest of the runners. A few minutes later Abbe met us (she was starting a long run).

Per the Doctor’s (Coach S) orders, I went out Sunday morning for a long bike ride up to Nyack again. 4 ½ hours and 67 miles later I returned home to go watch the Women’s World Cup with my brother, Ali and Abbe. It was a great weekend.