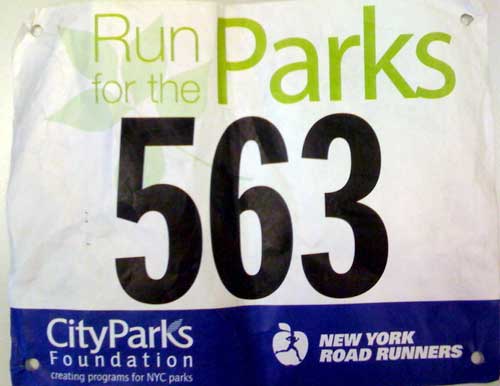 First off, good job to all my friends who ran the Boston Marathon! I’m so proud of all of you, what an accomplishment! I was following your progress with the web tracking system (not the email one that we all know failed!)

Instead of Boston, I will be running the ‘prestigious’ NJ Marathon in 2 weeks. I think I’m ready. Ive been running, biking and swimming like crazy, but 17 miles has been my greatest distance in the last few months. Is that enough? Probably not, therefore you might see me out blazing a 20 miler in the next week. Taper?

Our Tuesday speed group led by ‘SS’ or Josh was a blast this week. He had us (Erika, Amy and I) doing some crazy hill workouts in Central Park. I picked up a few new techniques that actually prepared and helped me a lot on Sunday’s run. Thanks Josh!

Saturday night Erika and I made a pre-race meal of pasta with a side of hummus salad. In honor of running we watched Forrest Gump. I hadn’t seen it in quite some time and forgot that it’s actually a pretty inspiring movie!

I met Erika on her new bike on the west side of the park for a leisurely ride to the race. SIDENOTE: Saturday we scoured the East Village and finally found her a beautifully restored 1982 Peugeot! She named him Blue Steel. It is a really beautiful bike, they don’t make (lugged) frames quite the same anymore.

We arrived at the band shell and locked up right next to Ed from ‘Dad Posse’. We geared up and then split off to our respective corrals.

The gun went off and I crossed over the timing mat like 10 seconds later. We were not really going that fast for being in the first corral so I hit the right side of the crowd and started cruising up the side of the runners.

Thanks to my hill workout Tuesday I was able to speed right up Cat Hill! 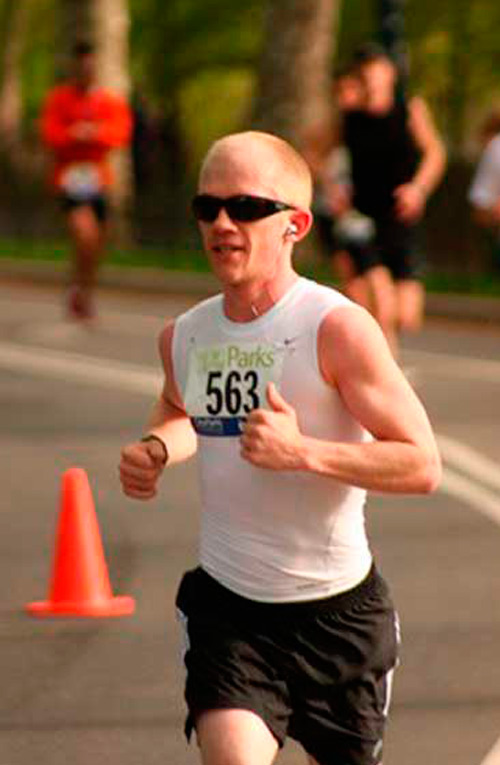 We hit Mile 1 just under 6:00 which I wasn’t too happy about as I wanted to really push it this race and maybe PR again. Right around this time the field opened up and we were running single file and really cooking. It was also at this point I had to get out of my head and say “Baker, chill out, this is fun!” I smiled and loosened up a bit continuing on.

Mile 2: 11:40, still having fun. As we started heading south toward Mile 3 I noticed that I felt great. It was one of those days where I felt no pain or cramps and just kept moving my feet as fast as I could. 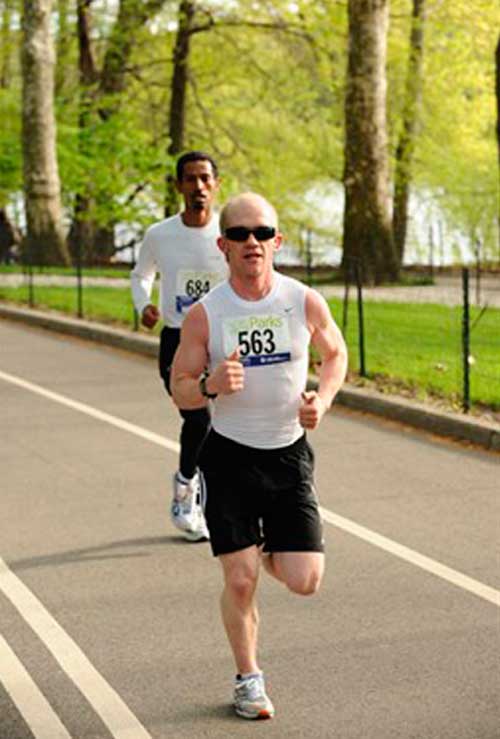 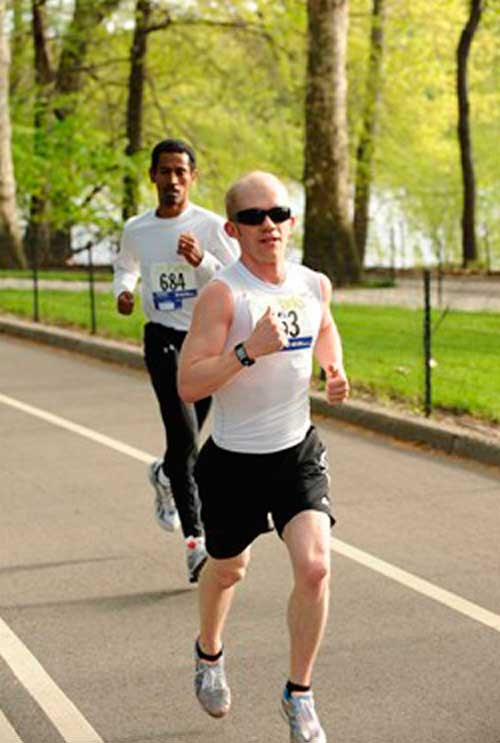 The 3rd Mile came up fast – I then mustered up some strength for the final Mile. I could see some of the lead guys 100 yards in front of me, but knew I would never catch them at this rate. I rounded the 72nd street final stretch and busted into a sprint. The Finish clock said 23:40 but my actual time turned out to be 23:32. 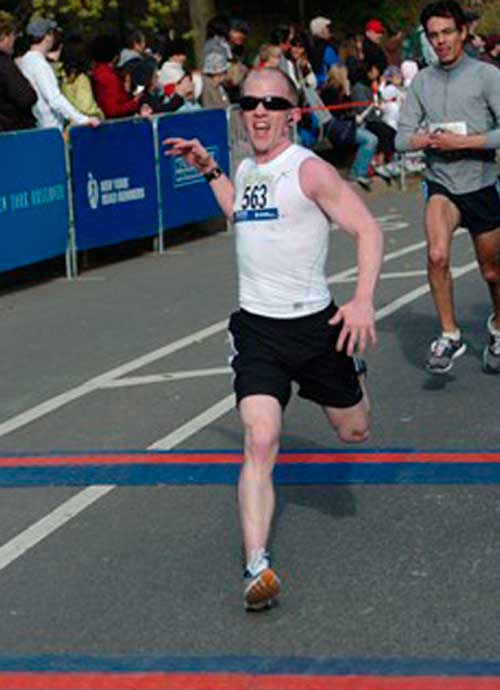 No PR for me today! I would have needed to shave 4 seconds off that time. It was, however, a great day for a run with perfect conditions.

I hung out with Joe (joeonetime) for a bit and was interviewed by a film maker.

Here is a link to what he made, which is really great!