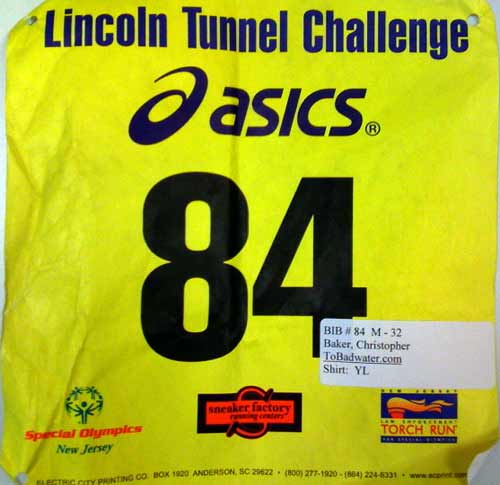 Monday: My friend Jasika had her birthday party at SoHo Grand. Erika and I hung out with her, Claire and a plethora of other interesting people until we decided it was time to head out as it was Monday after all.

Tuesday: Speed Sessions in Central Park led by Josh. We did 1/2 Mile intervals around the Great Lawn followed by (at Erika’s suggestion) a group meal at Shake Shack. It was a blast. Lets see if I can get everyone… Role Call: Josh, Erika, Amy, Elyssa, Michelle, Serene, Matt, Joe, Nancy, Erin, Anna, Frankie, Bill, and Jenna.

Wednesday: Hung out with Ed and Daniel discussing serious stuff like ‘stocks.’ We may have had beers too.

Thursday: Erika and I went to Carnegie Hall to see Frederika Von Stade’s farewell recital. It was beyond amazing.

Saturday night Todd, Ila and I went out to Rick and Molly’s place in Hoboken to stay the night. We went out to a cute Italian place where I had Shrimp with Penne pasta as my pre-race meal. We all went to bed at Midnight, anticipating bad weather for the morning.

We woke up at 7AM to cold rain, making the process of getting out of bed quite hard, especially knowing we would have to trek out in it to get to the start of the run.

After some fussing, Todd and I convinced Ila that “Yes, this is gonna be fun!” and we geared up.

We grabbed a cab and headed over to the Lincoln Tunnel start area. The dialogue between Todd and the cabbie was funny… “Where to?” says the cab driver. “The entrance of The Lincoln Tunnel,” says Todd as the driver turns in confusion.

The start area was a mess. It was raining and people were trying to find cover once they obtained their race bibs. I was queued up to start in the faster 8AM race but missed it the start, therefore slotting myself to run in the 8:45AM start.

Ila made friends with some of the head Lieutenants in the police squad running the event and they shared their Dunkin Donuts coffee with the three of us. Ila is good at this type of maneuver and we are always thankful when she pulls it off, case in point.

We headed off to the Toll Booths to get in the start pack. I led us up to the front of the gang, explaining to them the whole bottleneck thing that would take place as 1000 people scrambled to get into the tunnel.

The gun went off and we started moving slowly. Its not a corral based race so there were all different paced runners around. I ran the first mile in 9-10 minutes.

By now I had passed the bulk of the people and I opened up my stride and picked up my pace to a full sprint.

Imagine the run like this… a 3/4 of a mile downhill, followed by 1/2 a mile straightaway, then a 3/4 mile uphill… rinse, repeat.

As we made our way uphill toward the New York side I was in the very front (or so I thought). I had dreamed about this one moment prior to the run… looking down the Lincoln Tunnel, seeing a bit of light coming from around the bend, and no one else around, as if it were some surreal movie where I had to escape through the tunnel on foot. Maybe the entrance to heaven? I have a vivid imagination…

Approaching the bend my dream came to an abrupt close as 2 runners passed me coming the other direction at MACH 10! I was not in the front, I was 3 back!

Exiting the tunnel into New York is such a strange feeling. Part of me wanted to stay, thinking to myself “Um, I live right down the street, I could just go home right now.” Instead, I hugged the orange cones and made the quick turnaround back into the darkness hoping to chase down the speedsters in front of me. This, of course, would prove to be impossible as they were easily 400 meters in front of me moving at the speed of light.

The return trip was pretty cool as the large groups of people coming at me were cheering me on. Todd and I high fived as I cruised by!

Basically, the rest of the run I was just truckin’ down the tunnel making sure I didn’t slow my pace. As I came out of the tunnel to the end I experienced one of the most anti-climactic finishes of all time. I was all by myself with no one in sight as I crossed in 3rd place, arm in the air and then… no friends, no cheering crowds, just cold rain and the ramp leading up to the turnpike. I took cover back under the main tent thinking “Well, at least they have bananas.”

I finished in 19:24 at a 6:17 pace which isn’t even close to a PR, but it was fun nonetheless AND I got to run with my 2 good friends Todd and Ila. This was their introduction to NYC running and I’m glad to have been there with them.

We celebrated, or warmed up rather, back at Rick and Molly’s where Rick prepared a huge breakfast for us. Thanks for being great hosts!