Abbe, Maura and I arrived off the Fire Island Ferry around 5 PM on Friday like any avid Happy Hour goer would do.

While there we ran into Mike (from Dad Posse) who stopped over for a drink. Bojana got off 2 ferry stops to soon so her and Brian were running a bit late. We talked race strategy a bit as well. Maura had said she wasn’t going to race it to which I talked about how I think a race is a race and she should just crush it. It might have sunk in.

The next morning Abbe did beach yoga (on a very peaceful and empty beach) while I went open water swimming. It blows my mind that just a few years ago I had a fear of open water and swimming in general. Now, without much of any concern, I ran straight into the ocean, swam 100 meters out and then started swimming the coastline. I was loving every minute of it too. It’s so peaceful being out there early in the morning before anyone is out, it’s like having the whole ocean to yourself! 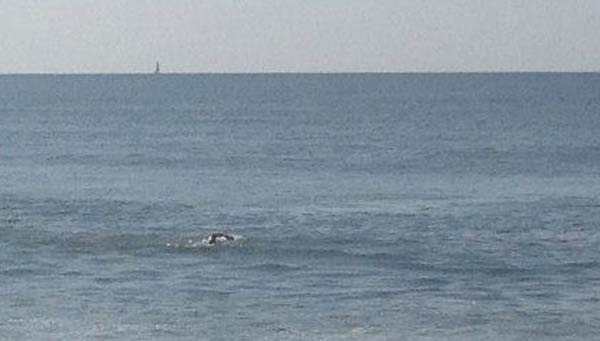 After some breakfast I headed over to Ed’s as we were supposed to go for an open water swim. Ha, but wait Baker you just did that? Correct, but not in the bay. So, now, Ed, Jack (his son), Mike, Kevin (his son) and I rode bikes down to the docks for our swim. Jim was running late so we had to go ahead without him, breaking tradition.

It was exciting swimming with the younger guys, ages 12 and 14, and giving them some leadership. I swam point with Kevin trailing behind. Kevin can clearly smoke me in the water being that he is on the swim team and quite talented, but he let me guide.

I think I got in like 1.5-2 miles of swimming that morning!

I found Abbe, Bojana and Brian by the pool as I returned. Maura was showering as she had just done a long run of 17 miles… insane. Most of us had fish tacos for lunch, and Rocket Fuels. So many Rocket Fuels. We spent the rest of the afternoon basking in the sun.

We walked over to Ocean Beach, a neighboring town, that night for dinner and ate at Bocce Beach. I had the catch of the day and not pasta but, to Abbe’s point, it was just a 5K the next day.

On the way home we popped into Ed’s house where all of the Dad Posse plus wives and kids plus some extended family plus 2 dogs were hanging.

We had Rocket Fuel nightcaps at Hurricane’s after that before heading to bed. Maybe Rocket Fuels are magical drinks that have vitamins and nutrients mixed in with carbohydrates and ginger that make you run fast in hot hellish conditions?

Abbe and I woke up and found Maura, so we got coffee and headed to the beach. I went for another open water swim while they walked along side the beach in the same direction, like guides maybe? I actually think they were making sure I wasn’t eaten by a shark.

The race starts at 10:30AM so to early risers you can practically do anything you want beforehand.

Once Bojana and Brian were up we all did a 1 mile warm up run over to the start. I saw the DiGangi’s and Sal plus a few other friends. We jumped into the corrals (2 waves of 300 people) and had 10-15 minutes to kill. I saw the whole Dad Posse crew come through and we had some shout outs. Most of their kids (ages 9-14) were running and I was really excited to see how they were going to do.

The gun goes off and my legs feel like lead. I mean, we were moving, but I did not feel like a gazelle. “Whatever.” I thought and kept the legs going. After the first straightaway and into he right turn I was in second. For just a moment I thought this could be a repeat of 2009’s win for me, then Meehan and some other guy popped up next to me as we tracked the lead guy. Were I having a better day we could have hunted together, but the heat and sun already had me. 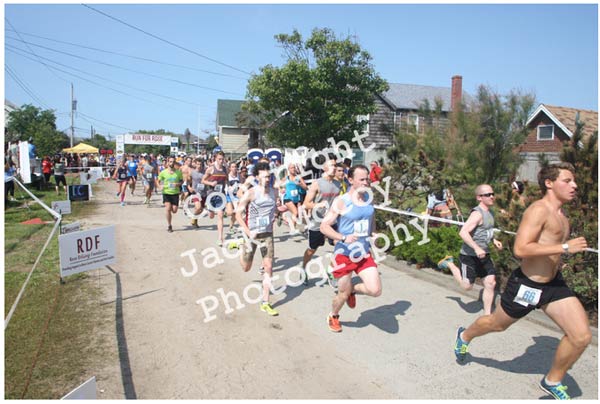 Halfway to mile one I was in 4th Place, Meehan and the other guy had overtaken our lead man and were pressing forward at a sick pace.

Meanwhile, I had some kid running next to me who sounded like he was having an asthma attack. I hate that. Most seasoned runners have fine tuned their engines so that they don’t sound like freight trains coming by. It also throws off my rhythm, because I know I need to keep it steady and focused.

He wouldn’t let me pass and I didn’t give up. I finally used it as fuel at mile 1.5 to push forward past him. Then, I am hanging with this other  kid who has the same breathing problem!

He was very young and had issues every time I pushed past him. He would surge ahead in alarming anger, retaking 3rd Place. This is a recipe for disaster so I just kept at it. Personally, I was fading fast. I have been training for Half Ironmans all season and my specific training was not helping in the ol 5K. Just hang on Baker…

I pushed past my teenage friend and tried to maintain some sort of semblance of form, but the 10:45AM sun was beating me down like a hot pillow.

At the 200M mark I could hear the loud and clumsy footsteps of my young competitor, he was going to overtake me. There was nothing I could do as he did, I was wiped. As I finished in 4th Place I high fived DiGangi and immediately looked for water and shade. Although beaten at my own game, I knew I had given it all, spilled blood and earned the honor of a not-so-easy finish. 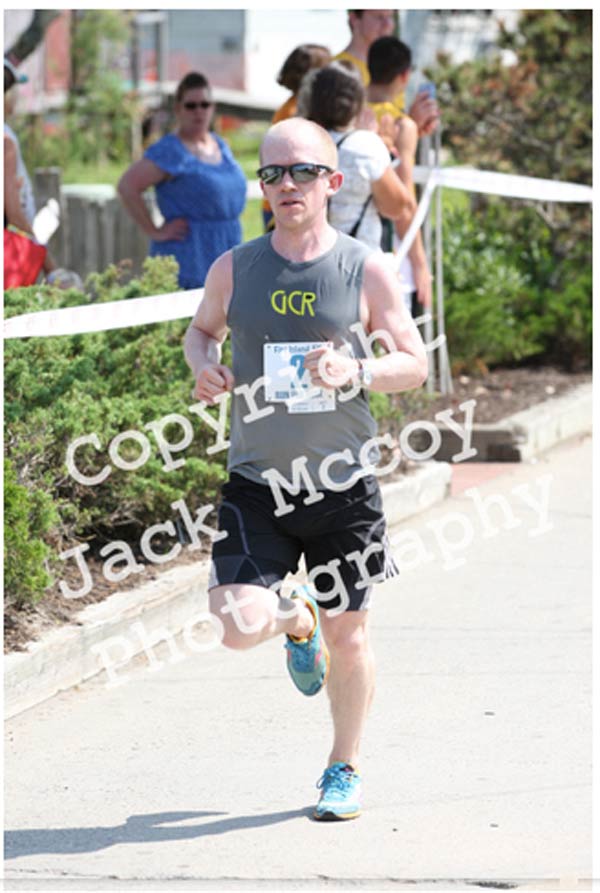 I said congrats to the young foe who beat me, “Nice push at the end man!” To which he replied with a smile, “Yeah thanks, sorry I stripped you of that 3rd Place win.” Get a job! Wait, no, finish High School, then get a job!

I wandered to the finish line and watched my crew come through. All my ‘adult’ friends passed by no problem, but I was most proud of my younger friends, ages 9 to 14. Jack, Kevin, Elizabeth, Kelly, Isabelle and finally Ben, as far as I am concerned you re all Ironmen!

We finished up the day in true Fire Island 5K fashion at Schooners. We found out that Maura and I got AG awards! Go Gotham City Runners! Nothing like coming home with some hardware after a long weekend of partying and racing. 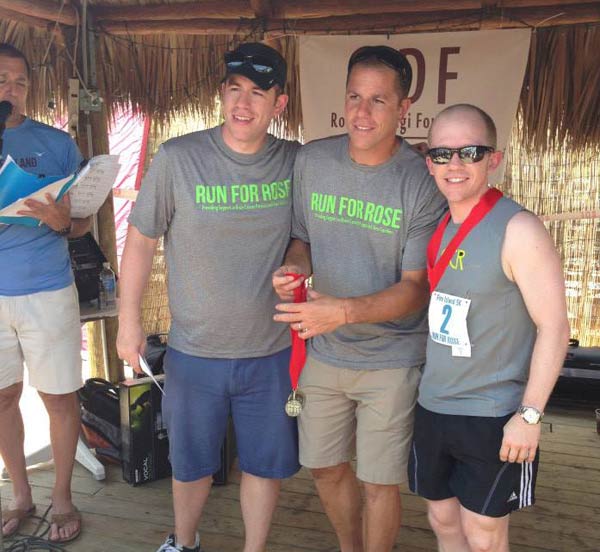 Sometimes you need to break rules. Sometimes pasta for dinner is boring. The memories you make leading up a race are sometimes all you need to fuel you through it.