Driving south by southeast across the Irish countryside I was slipping in and out of consciousness. Our previous assignment had done me in. Abbe was behind the wheel, Eric was asleep (shocker) and Peter was alert and helping us stay awake.

We met Peter at the wedding. He is a good friend of Bojana and an Agent for the Serbian Government, Code Name ‘Hristos Vaskrse’. Part of our new assignment was to get him to Dublin safely.

Sundays are quiet in Ireland, so the roads were practically empty. It was very easy for us to make our projected time of 3 hours and at the airport we bid farewell to our new friend and ally Peter, Code Name ‘Hristos Vaskrse’.

Abbe, Eric and I breezed through security with our agency status and made it to the gate early. 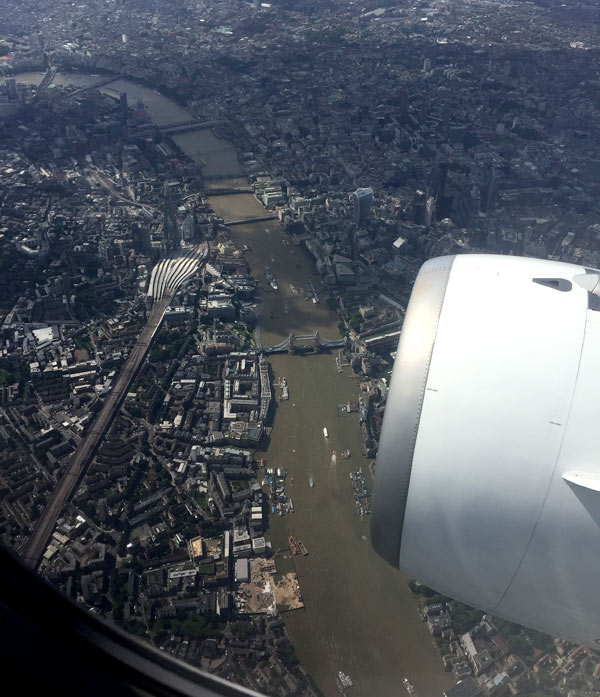 A quick flight later and we were taking the Heathrow Express straight into London. It was 15 minutes from the airport to city center! Most of London made me a sad New Yorker as they seemed to have ironed out all the urban issues NYC struggles with.

It was hot in London, like 65 degrees and gorgeously sunny. We were staying in Convent Garden.

Our assignment… we were going to be contacted and asked to rendezvous with other Agents. The goal was to set up peace talks between agencies. We didn’t know what to expect.

That night we wandered around looking for some good local beer. We stumbled uponTemple Brew House which happened to have a trivia night going on! I may have spoiled one of the answers, but I thought everyone knew graphite was the material in pencils. 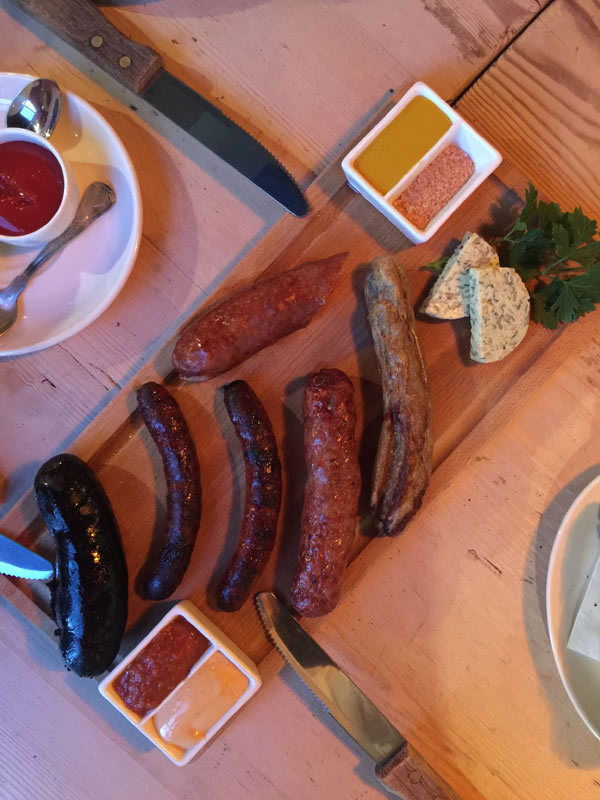 Next up was dinner at Red Cow. We were in search of Sunday Stew, a thing in London, but we missed it. The food we had was superb, a common theme in London starting tonight was dining where the locals dine, my favorite!

The next morning Abbe and I did a run tour of (west) London. 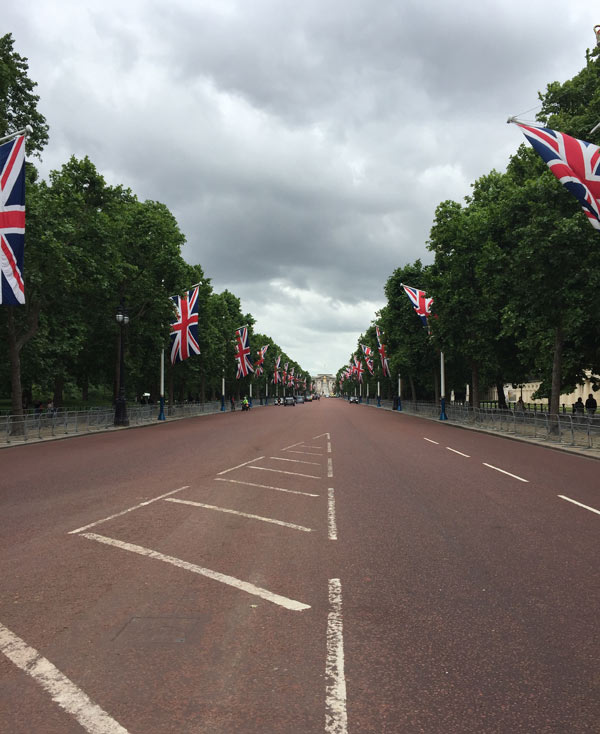 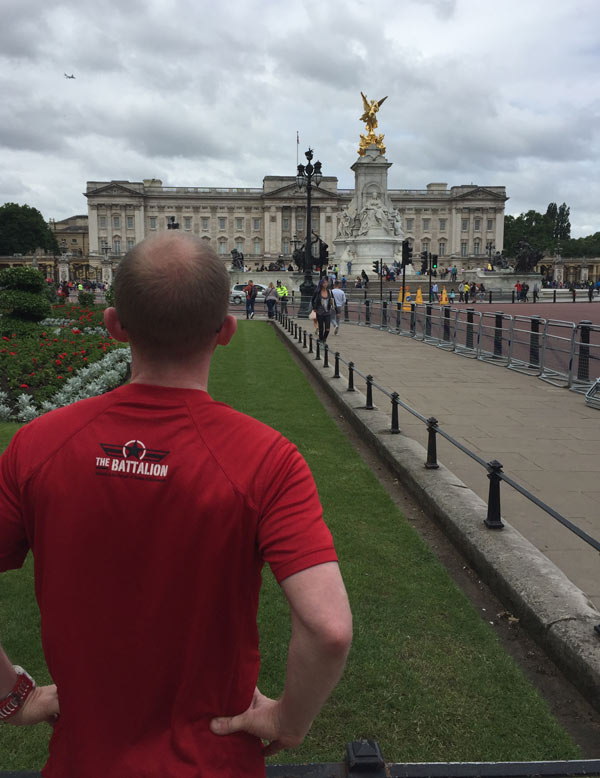 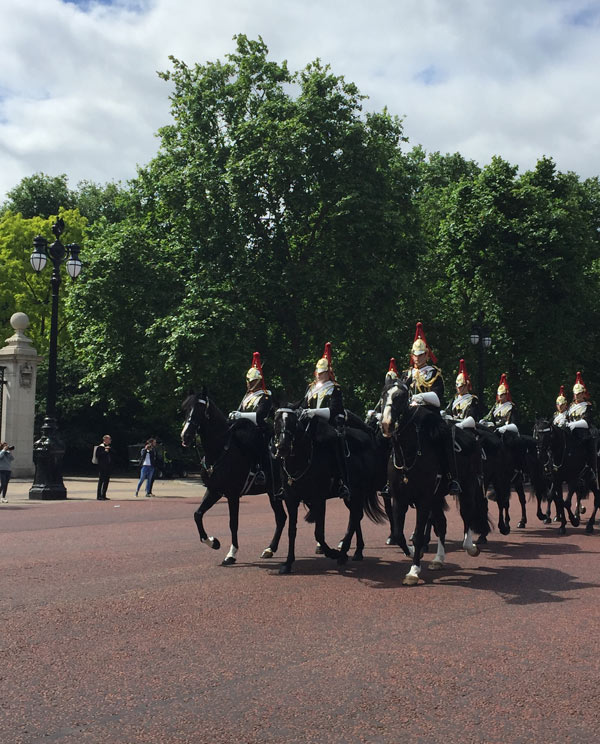 We saw St. James Park, Buckingham Palace, Hyde Park, Big Ben, Westminster Abbey, and most importantly and surprisingly the sister obelisk to Cleopatra’s Needle in Central Park. We also happened to see changing of the guard and changing of the horse guard!

Lunch was held at Noble Rot, where we met one of Abbe’s coworkers who is a highly respected wine reviewer, Neal Martin. We had a three hour lunch in which Neal picked out a fantastic White Bordeaux from 1990 for us to enjoy. 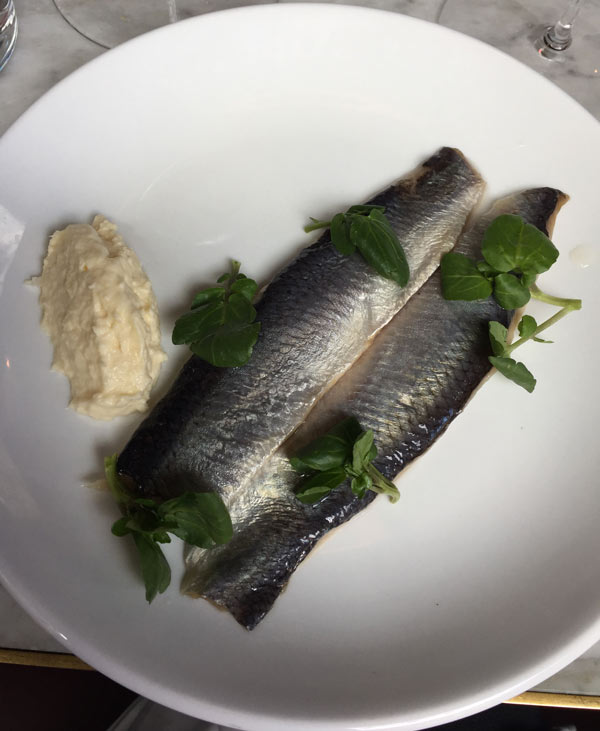 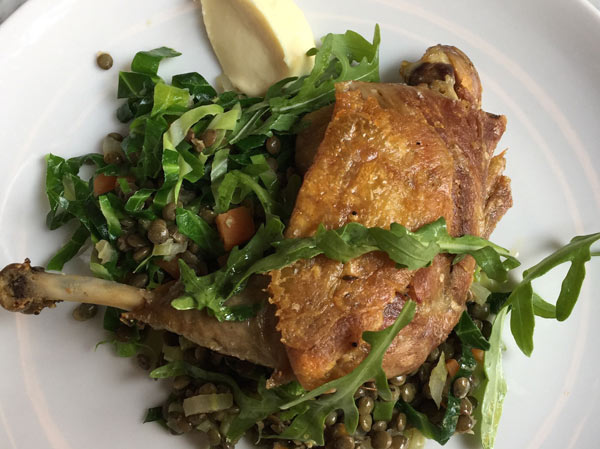 The food, of course, was also delicious. In a fun twist Dan, the owner, also happened to have signed the band Coldplay who are Abbe’s favorite band. Epic! Two of the band members are also part owners in Noble Rot as well.

Next up, the British Museum. I had flashbacks to art school the entire time. I was back in Joe Basile’s Egypt Class and then I was in Joe Basile’s Ancient Roman History Class, you catch my drift.

That night, after wandering the streets some more, we went to eat at Hoppers, a Sri Lankan restaurant recommended by Dan from Noble Rot. There was a two hour wait, which we were prepared for. 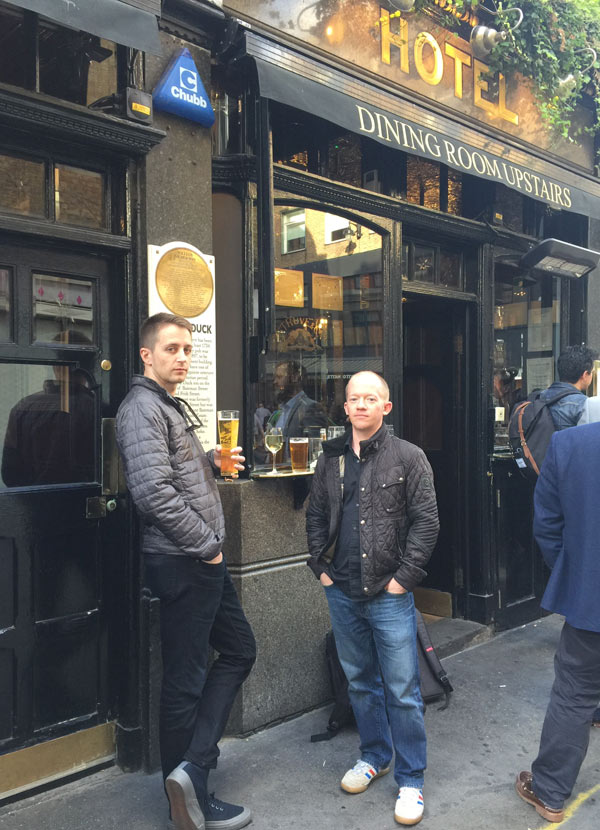 We hung out at Dog and Duck Pub a block away and drank delicious pints outside on the street, Why can’t we do that in NYC?

Once our two hours were up and we were seated, the food and dining experience were top notch. Leo, our waiter, helped us pick out way too much food. So far on the London trip we were notorious for over ordering. 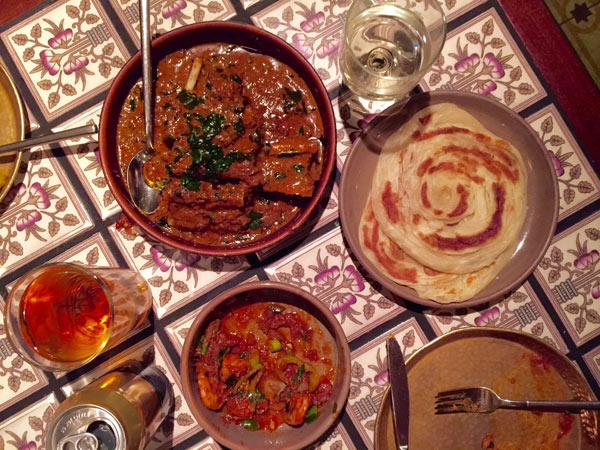 We started with Bone Marrow Varuval and Hot Butter Deviled Shrimps. The two couldn’t be more different, and yet they played into each other so nicely. The bone marrow smooth and mild while the shrimp had a zesty zing that hit you just as it was leaving the mouth.

Next we had the Lamb and Chicken Kari, comparable to curry but more flavorful in a complex way. All of the spices hit in waves, not all at once, like listening to a bands’ full album. Eric insisted we overeat and get the Ceylonese Split Chicken. It was peppery in texture and very good. I just wish we had room for it. Were I to redo the meal I would have ordered two of the Chicken Kari dishes.

We decided that we needed cocktails after dinner so we went to a place called Cahoots in an old tube station. 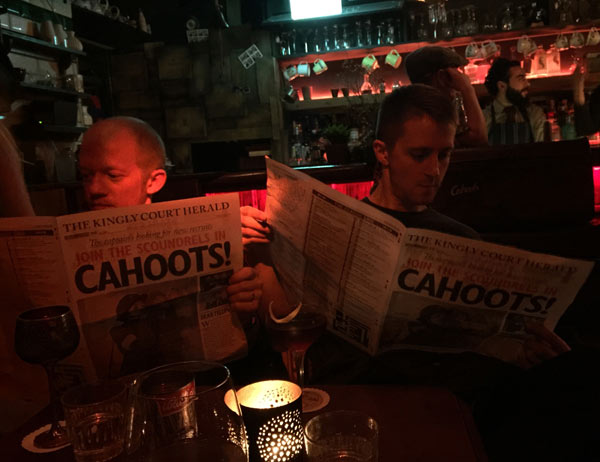 The drinks were great and so was the vibe. Imagine a post WWII vibe, with swing music and twists on traditional cocktails. Although slightly cheesy, you could only appreciate it.

The next morning Abbe and I went for another run, this time to the east towards Tower Bridge. The weather was even better than it was the previous day, 70-75 degrees without a cloud in the sky. Was this really London? We ran the Millennium Bridge, went into St. Paul’s Cathedral and saw a lot of the western part of town. Eric was at a coffee shop by the Seven Dials, so we set out to finish there.

This was my first time in the Seven Dials and I thought it was very cool, a great place to hide out. Tiny narrow streets that weaved through secret alleys that held interesting shops, one being 26 Grains, a very cool coffee shop. We found a very happy Eric there. I also met a triathlon family (due to my Garmin watch) from northern New Jersey, small world!

We met Dougie and Danika on the Tower Bridge span around noon. Before touring the bridge, I needed a snack, so we hit a local restaurant and sat outside munching on some chips. Soon enough we were in Tower Bridge engulfed in it’s history. For those not aware, one of the attractions is the glass floor on the east and west walkways. Imagine 20 feet of walkway, all reinforced glass, 120 feet over the roadway. My hands are getting sweaty just writing about this. Yes. I have issues with heights. I can ride a blazing fast track bike without brakes through Manhattan traffic, but a very safe glass floor, no way. What’s my deal? 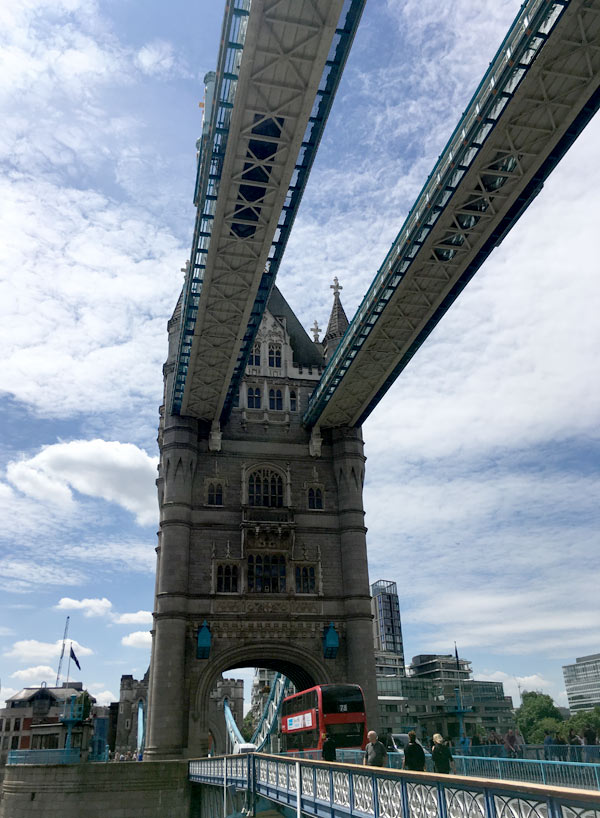 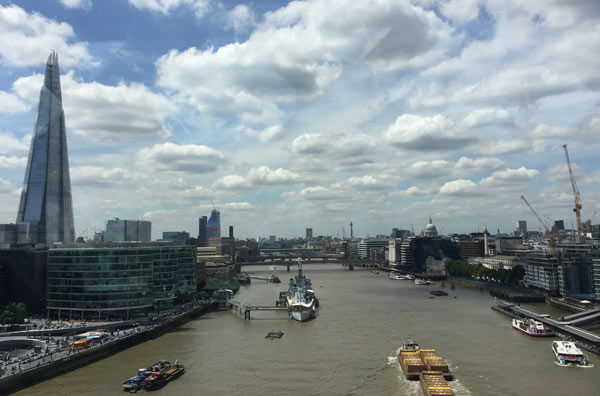 After some persuading by Eric and Dougie I went onto the glass walkway. They even took a photo to prove it. I did trick the staff, which I am most proud of. As they were coercing me to walk I simply said, “So how many times has the glass broken?” Without missing a beat she said three times and smiled. A stranger across from me slowly left the glass walkway.

Lunch was calling so we hit the George Inn which was close to Borough Market. Our original goal was to eat at the market, but due to the recent attack it remained closed.

The Shard, being the tallest building in London, evidently had some terrific views. We needed to see it. As a New Yorker I can pick up on certain vibes when approaching places and this place screamed ‘high end dress code.’ I walked up to the bouncers (reminder that it is 4PM on a Tuesday) and they looked me up and down like I was a homeless bum. I felt a little violated, but I get it. “Hi, we want to have a drink at the roof bar. We are obviously tourists and I get the feeling that there is a strict dress code.” They told us we could take our chances there or at three restaurants on the other side of the building… way better odds if you ask me. 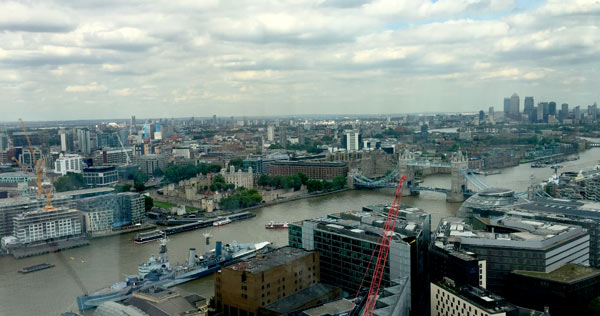 We were able to get into the first place we attempted entry into and had a cocktail and took in the view. Although it was amazing, it was a mere 35 or so floors up. In New York we have bars in buildings 100+ floors up, some so tall they are above the clouds.

It was at this point that we were contacted by the Agents we were here to meet. As it turns it out it was D, Matt and Christina from the Hoboken Operation that we met in Ireland! I wonder if they knew that they would be contacting us on the second part of their mission?

Note: There are no photos on the second part of the write-up to help conceal the identity of the Hoboken Operation.

We had never heard of this place but after checking it out with our local intelligence it seemed safe and like every was on the up-and-up. We had a few hours before dinner so we deiced to hit he London Public Library. They had an exhibition o rare books, yes please!

We saw, among many artifacts, the Magna Carta, Handwritten Beatles songs, handwritten songs from Mozart and Handel, handwritten notes from Michelangelo and Da Vinci (what?!) and finally, the showstopper for me, an original Beowulf written in 1,000. Priceless? Yes.

We had a drink at the Lyric Bar close by to Casita Andina before dinner as well. How come in London you can take your drinks out on  the street but not in NYC, or America? Lame.

D, Matt and Christina rolled in and we were seated within 30 minutes. This was a neighborhood spot, tiny and crowded. The food, tapas, was great!

The 6 of us laughed and told stories of the irish wedding while eating great food and drinking delicious wine.

Our assignment was over quickly once it was agreed upon that we should merge forces and work together back in the States. Some days we would hang out in the ‘Boken, others in Manhattan. It was all too easy, but then again, solutions to global espionage are often simple. Abbe and I left early. Once we reported in that our mission was finalized headquarters put us on a 6:45AM flight out of Heathrow. Thank you? I was dreading going back to desk work, but I guess that’s the name of the game in international spy work.

Thanks London. Thanks Ireland. You were good to us.