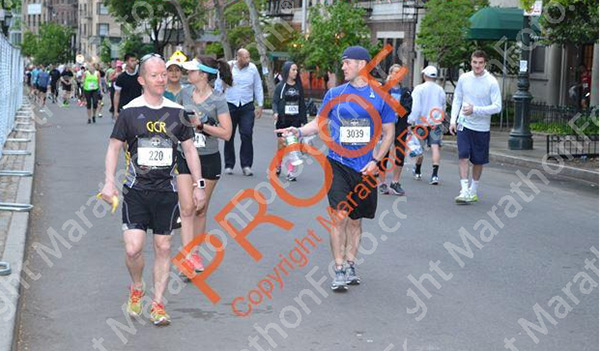 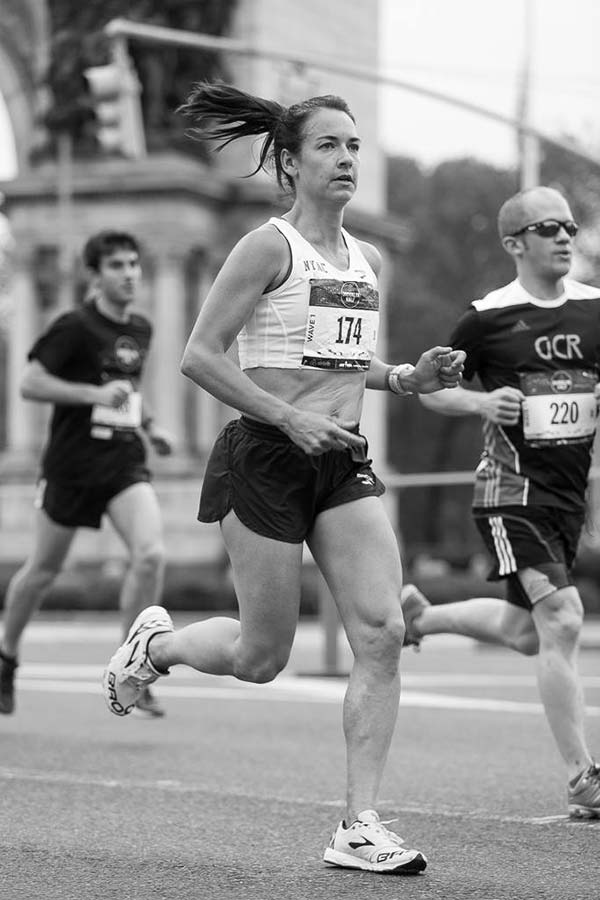 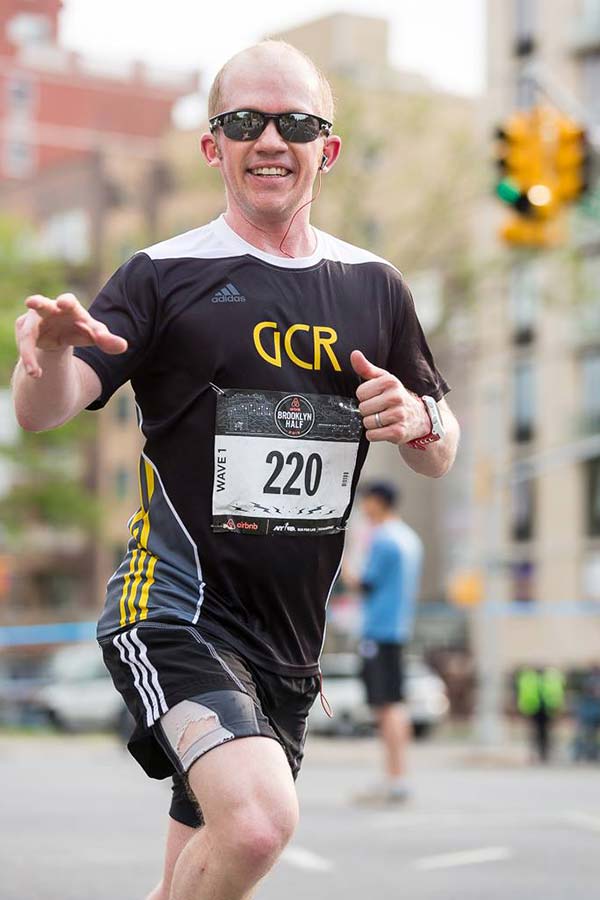 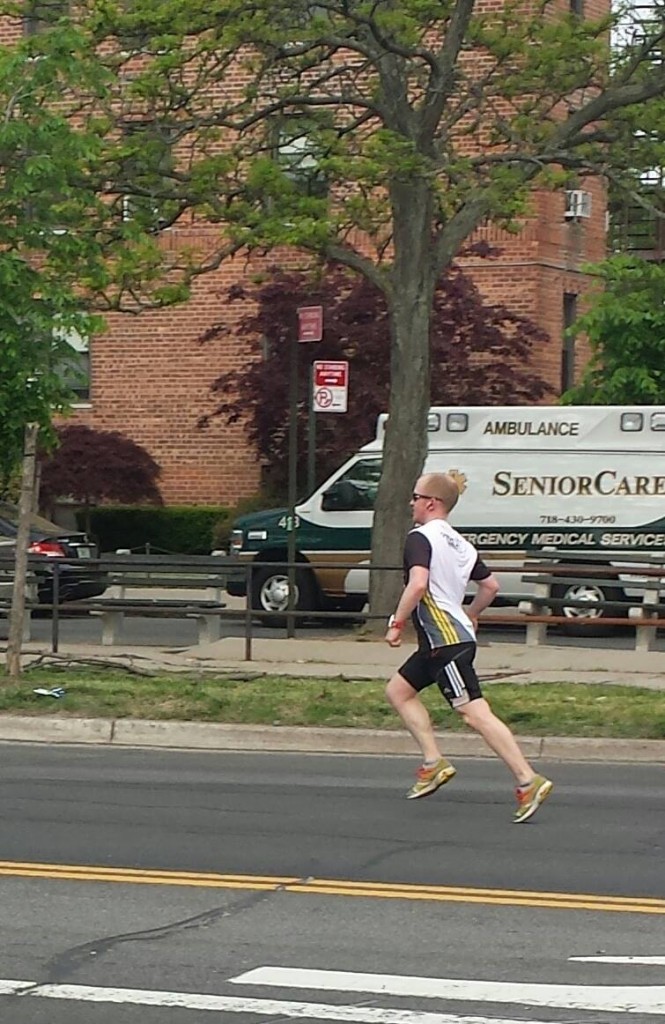 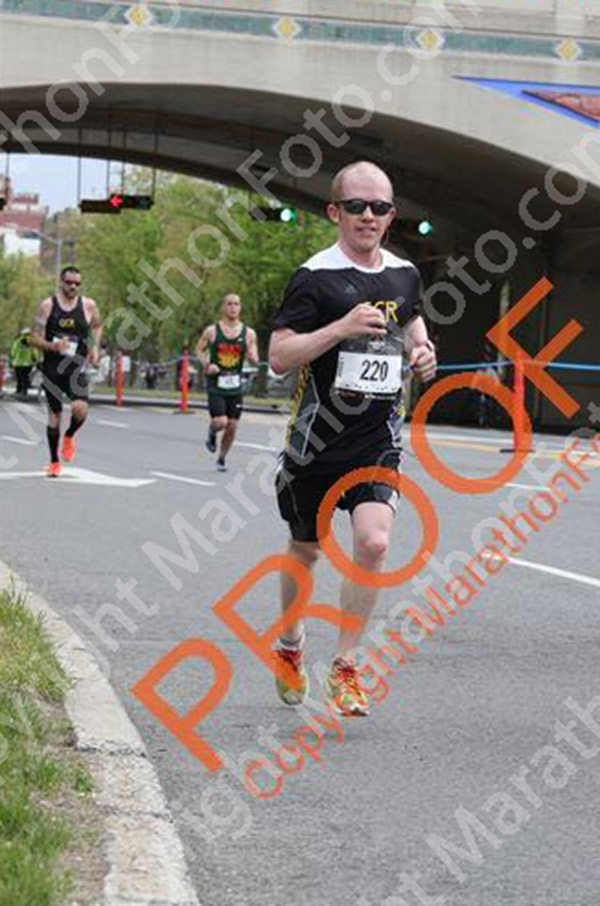 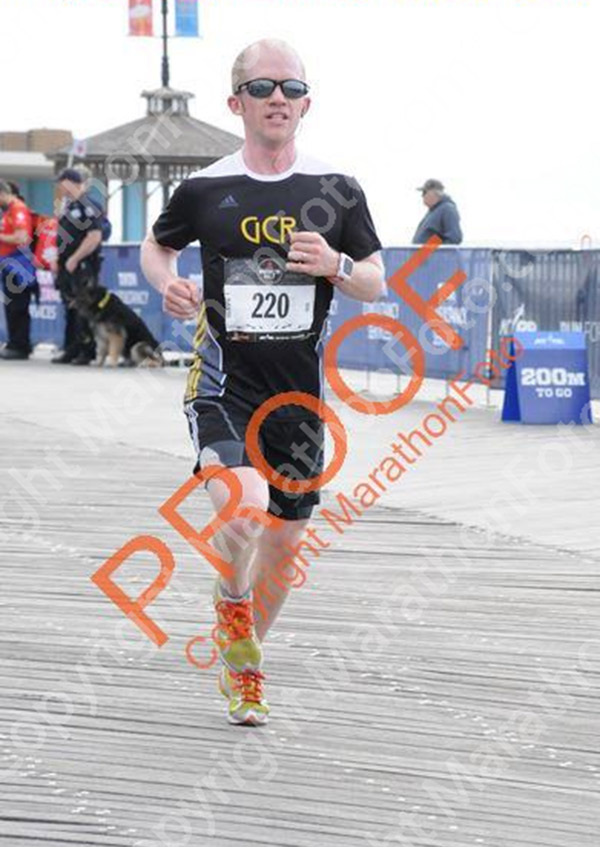 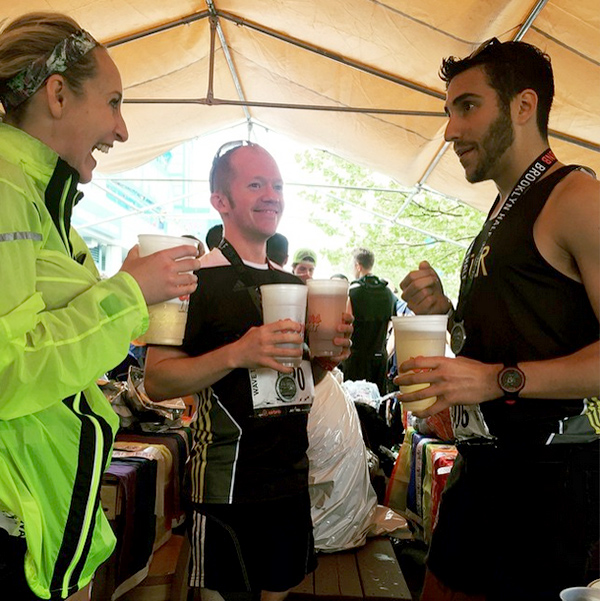 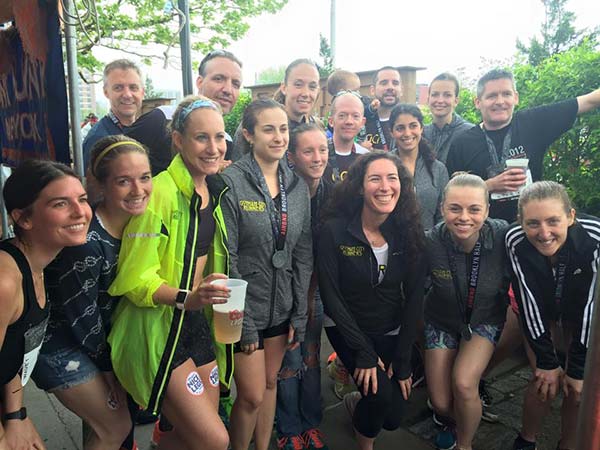 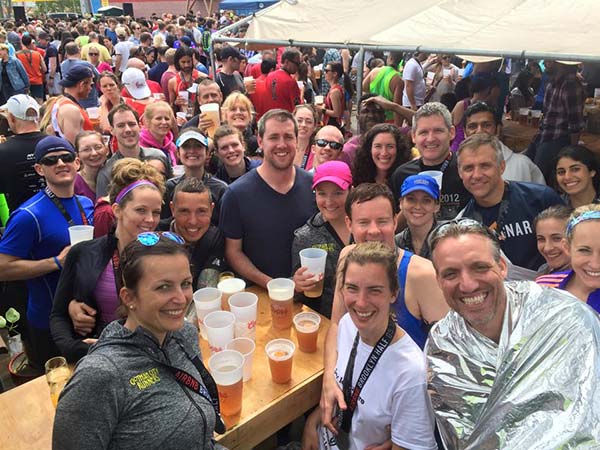 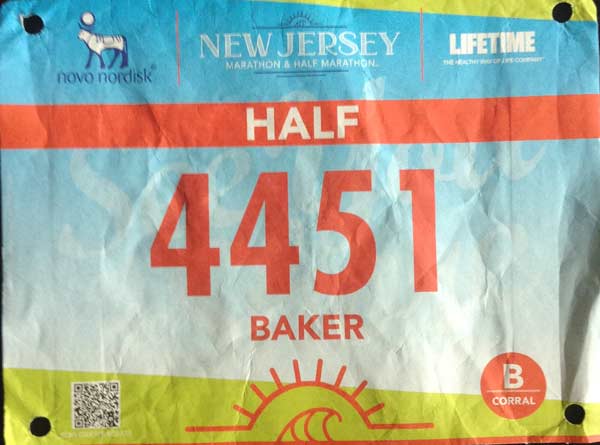 Why run a Half Marathon 2 weeks after Paris? Because the ‘Dad Posse’ and I do it as a tradition, that’s why. Spoiler alert: Ed couldn’t make it.

Jim and I set off from mighty Manhattan on Saturday afternoon. The weather was perfect.

We met Mike (and his son Kevin, who is also quite an athlete) at the Expo before heading to Val’s in Rumson for some post race nutrients. This place was awesome. Old school family restaurant… you know, the kind of place where you get a starter salad automatically with your main entreé.

The rest of the night was spent in Mike’s backyard drinking a few beers in front of the fire pit. Perfection.

Mike’s wife Kara dropped us off a few blocks from the start. It was a bit chilly, but would warm up during the race no doubt.

I met Abbe and my cousin Gillian at the start (they were spectating) to say hello. Then, I ran into Aunt Margie, Charla, and Lindsey who were all running. Aunt Margie was doing the full, so she had her game face on.

In my corral I of course ran into my teammates. We were all chatting about goal times when someone asked me mine. “I have no goal, just here to run.” Hearing that, my friend Hannah asked if I would pace her. She was running the full and needed to hold 8’s. I told her no problem.

The gun went off and the team surged.

We saw Abbe and Gillian at Mile 2 and they looked very puzzled as they had no idea I was pacing Hannah.

We were nailing our splits. 7:55’s to 8 flat the whole time. I was having a good time pushing Hannah and helping her where I could. I was trying to hit the tangents as precisely as possible so I was instructing her as to when to move left or right.

At mile 11 we picked up Kate who would pace Hannah the rest of the way through her full marathon. I hung with them until the half marathon turn off, wishing them well. 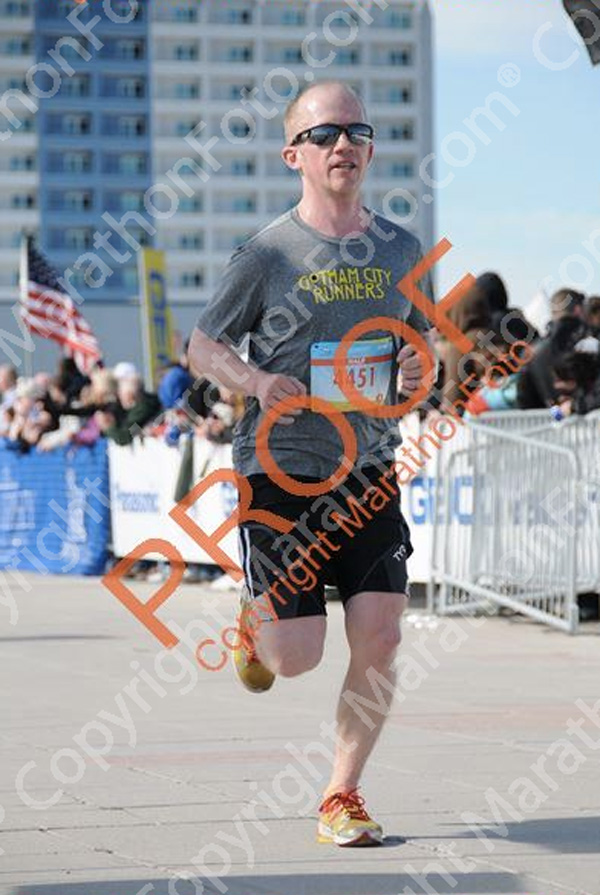 After the finish we headed over to a tiki bar that was 200M before the finish line. It was a perfect place to watch all our friends come through. There were a number of Gotham City Runners hanging with us as well.

Mike and Kara had us over for a quick bbq before we all headed back towards the city. It was a great weekend! Thanks to the Farley’s for hosting!

Big ups to my Aunt Margie who rocked a 4:19 marathon!